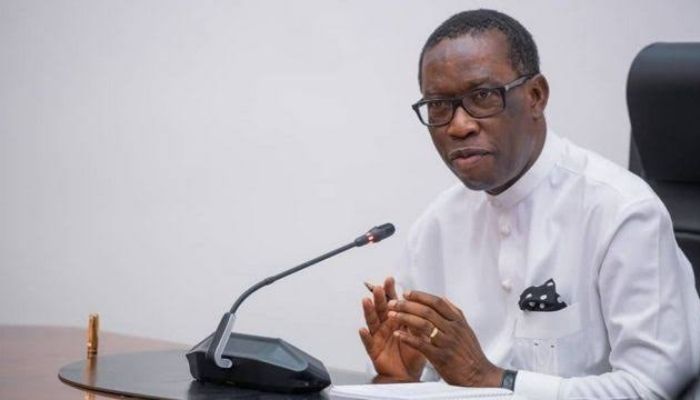 Ifeanyi Okowa, governor of Delta State and vice-presidential candidate of the People’s Democratic Party (PDP) has said that the emergence of Atiku Abubakar as the presidential flagbearer of the party presents a great opportunity for an Igbo man to become President in the nearest future.

Okowa said this during an interview on Arise TV on Friday night.

He stressed that only two geopolitical zones are yet to produce a president in the country. That is the south-east and north-east.

According to him, the time to correct the injustice metted to both regions is now.

“They obviously have a point and I believe that we sympathize with them.”

“And I believe also that since one of us has emerged from the north-east at this point in time, that it is a good sign for the future that if the north-east has the opportunity and by God’s grace Atiku Abubakar becomes the president, which I think by the special grace of God he will become.

“Then it is a good sign that the south-east will have the opportunity because at the next point in time, what we will be talking about is that the south-east itself is the only zone and they lay claim to it,” he added expressing belief that an Atiku victory at the polls would give the south-east a great chance at the Aso Villa in future elections.

He addressed the fears of people who may not regard him as a true Igbo man believing that he is not from the heartland of the Igbo tribe.

“So the issue of the Vice Presidency has not been on the debate where if you go to, it is actually premised on the part that when the Presidential candidate emerges it looks for what possible zone and what possible person can work with me and what can be part of the team that can make us succeed in government, the people are right and I think that that is what informed the decision.”

“I am just a lucky person that being from the south-south I am also an Igbo man and to that extent I fit into all the device.” he concluded.

PDP Vice Presidential Candidate on the influence of his heritage in his selection as the running mate to standard-bearer, Atiku Abubakar