Muhammad Sanusi Barkindo, the outgoing secretary-general of OPEC, is dead.

Barkindo who was received by President Muhammadu Buhari on Monday, and later gave a speech at the ongoing Nigeria oil and gas conference (NOG) died at about 11pm on Tuesday night.

“We lost our esteemed Dr Muhammad Sanusi Barkindo. He died at about 11pm yesterday 5th July 2022. Certainly a great loss to his immediate family, the NNPC, our country Nigeria, the OPEC and the global energy community. Burial arrangements will be announced shortly,” Kyari wrote. 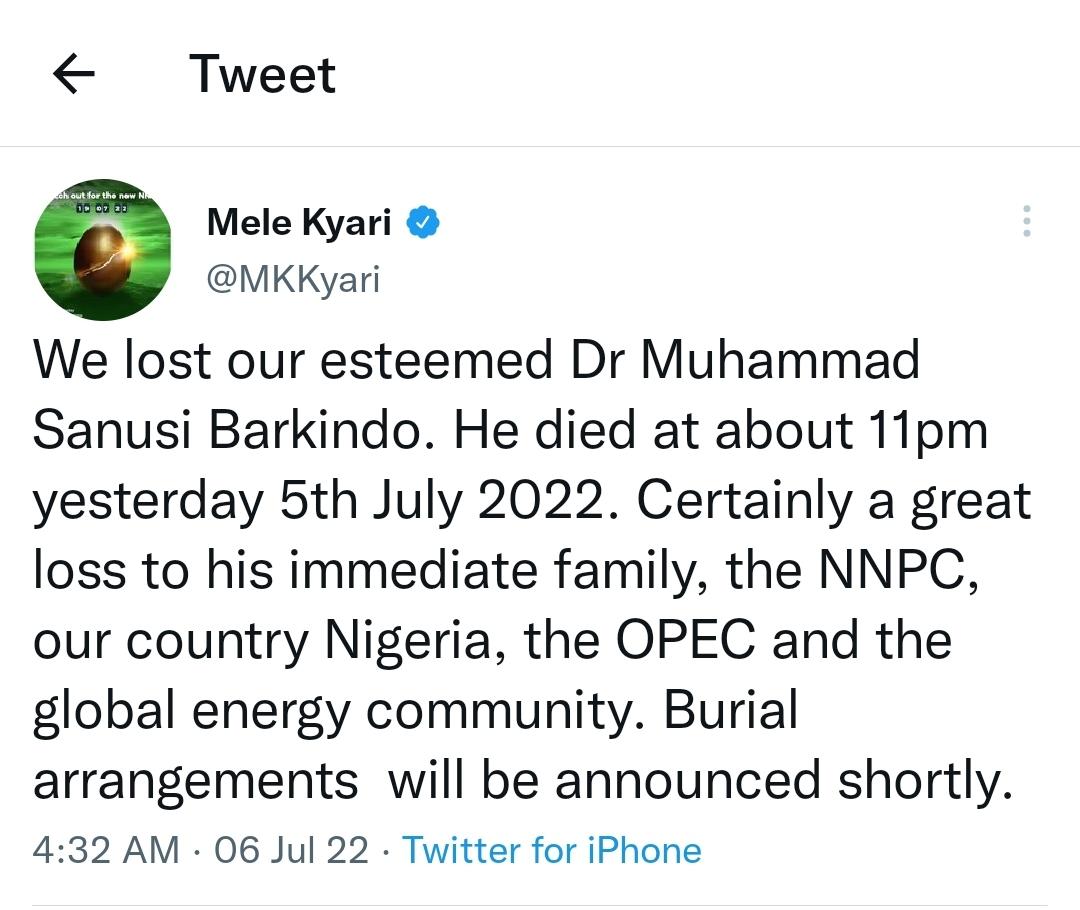 There is still little information regarding the cause of his sudden death a day after a he was received by Buhari at the presidential villa and spoke at the conference, during which he looked healthy.

Five things to know to start your Wednesday

The Fascinating Process of Turning Ashes Into Diamonds