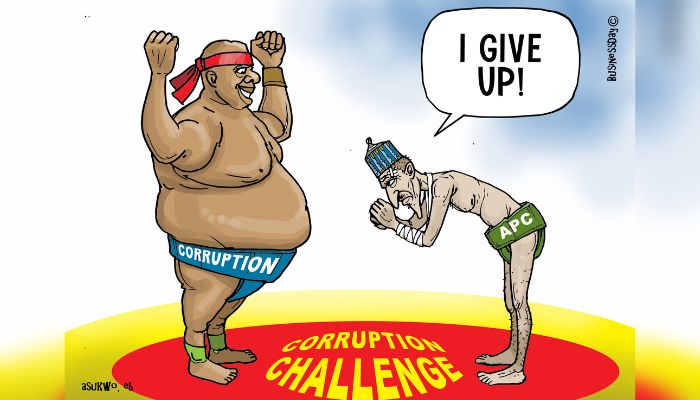 Nice sets out to please and is careful not to offend but let’s face it, other than pleasantness, it offers little in terms of real value. Good can also be nice but is ready to be “cruel” to be kind. He will tell you as it is, for your own benefit.

It may sound harsh at times but still, it offers you the comfort of knowing it’s the truth. Good is infinitely better, more helpful and more profitable so seek to be good and not just nice.

A good leader seeks to understand his people, not with the aim of manipulating them for his selfish interest but to help him devise and formulate policies that he knows will meet their needs. The indefatigable father of modern Singapore, Lee Kuan Yew, hit the nail on the head when he once said, “We considered it vital that the people feel confident the government would not cheat or harm them. Then, however unpopular government policies might be, the people accepted that they were not the result of immorality, nepotism and corruption.” Better good than nice.

The above position could hardly be at greater variance to that of our society where every move, every policy, every pronouncement and every appointment is viewed with utmost suspicion; all because seldom have there been governments who made any sincere attempt to convince the people either by action or body language that they had the people’s supreme interest at heart.

Professor Ishaq Oloyede’s highly commendable leadership at the Joint Admission Matriculation Board (JAMB) secretariat just goes to show what can be achieved when you have a man of character and integrity at the helm of affairs. Leadership is key.

Though I’m not an insider and therefore may not be privy to all the goings on in the organization, there’s nothing to indicate that he totally overhauled the staff he met on ground. And yet he was, within two years, able to take JAMB from an agency which remitted a paltry sum of N50m to the Federal government coffers over a period of six years to one which now remits N15.6 billion in a single year! It wasn’t magic.

As the saying goes, once the head is good and moves in the right direction, the body will naturally follow. And like the editor of this illustrious newspaper rightly pointed out in one of his articles, Professor Oloyede is a scholar of Islamic and Arabic studies from the University of Ibadan and not a product of a super prestigious foreign School of Management.

One thing that can be deduced from this though is that when someone practices what he preaches, he will produce results. Professor Oloyede has not only passed through the ivory towers of University but he has allowed the core values of his studies to pass through him. The results speak for themselves; visionary and sincere leadership and a totally transformed agency, essentially with the same staff as before he took over.

This is a “no excuse” for non performance leader. Better good than nice and we need more like him. Those whose corporate, religious and ethical values align. Those who don’t separate them depending on the circumstance or what they stand to gain. Paul Wellstone once admonished, “Never separate the life you live from the words you speak.” It’s really as simple as that but we’ve succeeded in making it look impossible, due to a propensity to put personal interest before that of the collective.

A transformational leader, which I dare say Professor Oloyede is, inspires those around him to be the best they can be. Subordinates will always read the body language of their leaders and it will either lead them down the same road of perfidy as the leader or it will whip them into line.

There’s something unmistakably sinister and corrosive about corruption. It eats away at our sense of humanity and each corrupt action we take dehumanizes us the more. A man who allegedly corners for himself billions of naira meant for pensioners, many of whom have no other means of keeping fragile body and equally precarious soul together but the measly pension they collect every month; or at least are meant to collect, if only they can even be paid as at when due; did not become so inhumane and unfeeling overnight.

It was a process, ever so gradual, as each evil action chipped away at his soul until it became utterly empty, barren, hollow. It eventually gets to the point where nothing and no-one else matters but himself. Even at that, there are bound to be a few people he “blessed” with this largesse. Those who will continue to insist he’s a “nice” man albeit at the expense of thousands to whom the funds rightly belong. Better good than nice.

Read also: Let’s kill corruption so that Africa’s future would be better than its past

Immanuel Kant once said that, “nothing in the world – indeed nothing even beyond the world – can possibly be conceived, which could be called good without qualification except a goodwill”. And this goodwill can only be obtained from performing one’s duty for the sake of duty and for no other reason. This subsequently renders other possible considerations such as the consequences of one’s actions, convenience and expedience non issues. To be good is to do right.

Barbara Jordan once said, “A nation is formed by the willingness of each of us to share in the responsibility for upholding the common good.” This requires us as individuals to perform our duty to the whole and willingness in my book, implies cooperation freely given and not as a result of compulsion.

It’s far better to “will” people into doing something i.e by selling them a vision as a leader which they catch and which then causes them to desire seeing and enjoying the benefits that could emanate as a result of your proposed course of action.

So to inspire is far better than trying to coerce them into it because the first approach stands a good chance of producing favourable results which will endure while the other constantly totters at the edge of coming to an abrupt end once the coercive force expires, loses potency or simply loses steam. Inspire that change through your actions and not mere words. Be result oriented. It’s always better to be good than nice.

Changing the nation…one mind at a time