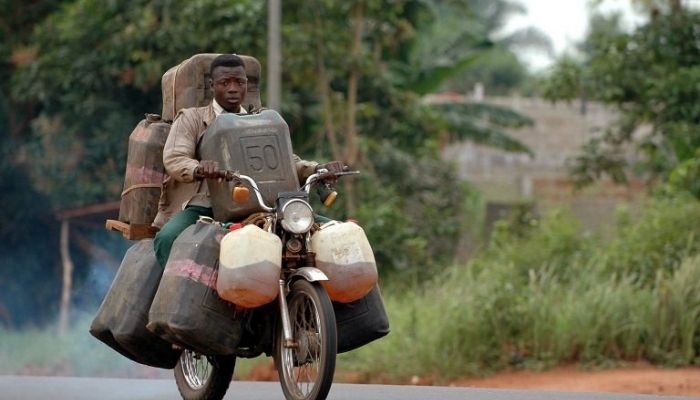 As the scarcity of petrol bites harder across the country, the black market is booming in several cities across Africa’s biggest oil producer.

The development arose after marketers decried the cost of lifting products from depots, saying it was no longer sustainable to sell petrol at N165 per litre. Some are now selling the product at N180 per litre.

BusinessDay’s finding showed the federal government seems unwilling to bear any extra costs due to the growing burden of petrol subsidy, which doubled during the first full month of Russia’s invasion of Ukraine.

Passed last year after years in legislative limbo, the PIA (Section 205 (1)) said: “Wholesale and retail prices of petroleum products shall be based on unrestricted free-market pricing conditions.”

Despite this law, findings by BusinessDay showed the Nigerian National Petroleum Company (NNPC) spent N947.53 billion on petrol subsidy from January to April this year, more than half of what it spent in 2021.

Amid heavy borrowing, the International Monetary Fund (IMF) had said with fuel subsidy payout averaging N500 billion monthly, Nigeria may spend N6 trillion to subsidise petrol before the end of this year.

“It’s a long road for most Nigerians if these lingering issues between the Federal Government and oil marketers are not addressed with permanent solutions,” Akin Akinrinade, chairman, Lagos satellite depot at the Independent Petroleum Marketers Association of Nigeria, told BusinessDay.

Black marketers having a field day
As the fuel queues at many filling stations grew longer on Tuesday in major towns across Nigeria’s commercial capital, and its neighbouring Ogun and Oyo states, BusinessDay observed that the scarcity had led to a boom in black-market sales, as motorists opted to patronise the easy channel of getting the product.

“For those engaged in this kind of business, such time of fuel scarcity represents a season of a boom,” Luqman Agboola, head of energy and infrastructure at Sofidam Capital, said.
Marketers also told BusinessDay that the NNPC had significantly reduced the level of daily truck-out of the products, even as tanker owners have reportedly started converting their vehicles to lift other petroleum products.

According to findings, depots, which included NIPCO, Aiteo, and Ardova, among others located in Apapa, were all out of stock as at 2:00p.m. on Tuesday. Some of the depot operators said there was a shortage in supply from the supplier of last resort, NNPC.

Taking advantage to make brisk sales, black marketers in the Gbagada area of Lagos metropolis sold a litre of petrol at N350, while 10 litres were sold for N3,500 in the neighbouring area.

“I bought two litres of fuel for N800 from the black market because no filling station is selling around my area.

“10 litres of fuel in the black market now sells for N4,500 from the Lekki area,” a motorist lamented to BusinessDay.

Also, commuters in their large numbers are stranded because the number of commercial vehicles plying the routes along Lagos metropolis drastically reduced. Most passengers and motorists opted to trek distances as fewer vehicles were on the road.

It was observed that bus stops were more crowded than ever, as fewer vehicles were on the road, with longer queues witnessed in petrol filling stations across the city.

Some Uber and Bolt drivers abandoned the use of their apps to enable them to negotiate higher prices with intending passengers.

Most of them complained that the companies had refused to increase fares despite buying fuel at exorbitant prices.

The development forced many drivers to stop work, as few drivers were available on the apps, checks on Wednesday morning showed.

91% of Nigerians use digital channels for financial transactions – Mastercard