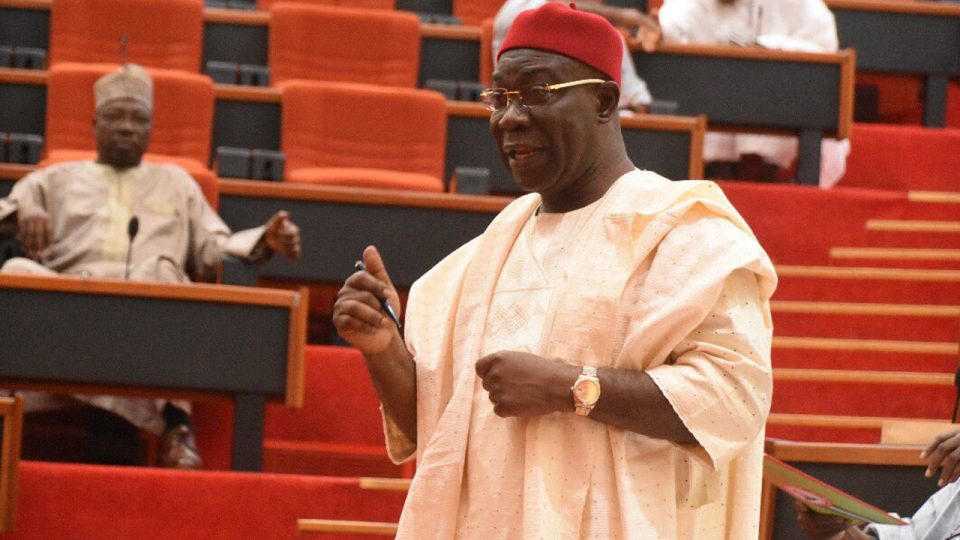 Senate President, Ahmad Lawan, announced that the Senate will be sending a delegation to the UK to assist the former deputy senate president, Ike Ekweremadu, and his wife, Beatrice.

Senator Ekweremadu and Beatrice, who have spent more than five days in police custody and are scheduled to attend a court hearing on Thursday, July 7, 2022, to determine if they are guilty of the crime of illegal organ trafficking. A charge levelled against them by  the British authorities.

The Senate has pleaded with all relevant Nigerian Federal Government institutions to provide all necessary assistance in their defence against one of their members.

NDLEA seizes over N600m worth drugs at Port Harcourt Airport

Isaac Aloye, the Commander at the Airport Command, made this statement when briefing the press about how much the Port Harcourt Command has done in the past four months to arrest drug trafficking and consumption in the state.

As a commemoration of the International Day Against Drug Abuse, which was marked on June 26, 2022, he informed the public that about 37.6 kilogrammes of cocaine with a street value of N680 million were intercepted and five suspects arrested.

He promised to continue the rugged fight to make Port-Harcourt Airport a difficult place for drug traffickers.

Dr. Hadiza Balarabe, standing in for Governor Nasir El-Rufai, said during the ongoing economic summit titled, “Navigating Business in Digital Age,” that Kaduna State attracted both local and foreign investments worth over $4.2 billion.

She made this statement to show how resilient the state government has been in attracting much-needed investment to drive economic growth and development in the state. Despite the state’s daily security challenges, the government has managed to make Kaduna the first choice of most investors in the northern part of the country.

During her presentation to an audience that was mainly comprised of members of the investment community, she assured them of the state government’s readiness to provide the enabling infrastructure to help their businesses grow in the state.

“Concerted efforts will be made to attract more investments by removing impediments,” she added.

Meanwhile, the internally generated revenue for the state rose to over N50 billion in 2021, making it among the top five in the country and the highest in the northern region.

The International Cooperation Ministry of Egypt has said that the World Bank has agreed to assist the country with the sum of $500 million to help boost food security in the country.

This is coming at the backdrop of a fall in supply of wheat following the negative impact the coronavirus pandemic and the war in Ukraine has had on the country. The fund according to the ministry will help the government maintain a strategic reserve and utilize the investments made in raising the country’s grain storage capacity.

Once a king of the R & B genre of music, Robert Sylvester Kelly, popularly known as R. Kelly, was yesterday sentenced to 30 years in prison for the crime of sexually molesting teenagers and women.

The judgement was handed down by Judge Ann Donnelly of the Brooklyn Federal Court after he was convicted by a New York jury.

Before this sentencing, prosecutors in September pleaded with the court to lock up the “Trap in the Closet” singer for at least 25 years, saying that he still “poses a serious danger to the public”.

This sentence comes as a victory for the #MeToo movement, which has long accused the singer of sexual exploitation.