Many Nigerian professionals with high-paying jobs are poised to swell the ranks of those who have left the country in search of safety, political stability, and quality healthcare and education for their wards, BusinessDay has learnt.

A recent tweet by Olukayode Bakre, a Twitter user, generated a lot of responses about the rate of migration among Nigerians with good jobs. “N24million per annum salary, comfortable duplex in Lekki, two kids, wife works as a [bank manager] in a first generation bank. But they resigned and start masters in the UK,” Bakre had tweeted.

A 2021 survey by African Polling Institute (API) found that “73 percent of Nigerians surveyed said they would seize the opportunity to relocate with their family to another country”, with 31 percent leaving for better job opportunities and 30 percent for greener pastures. 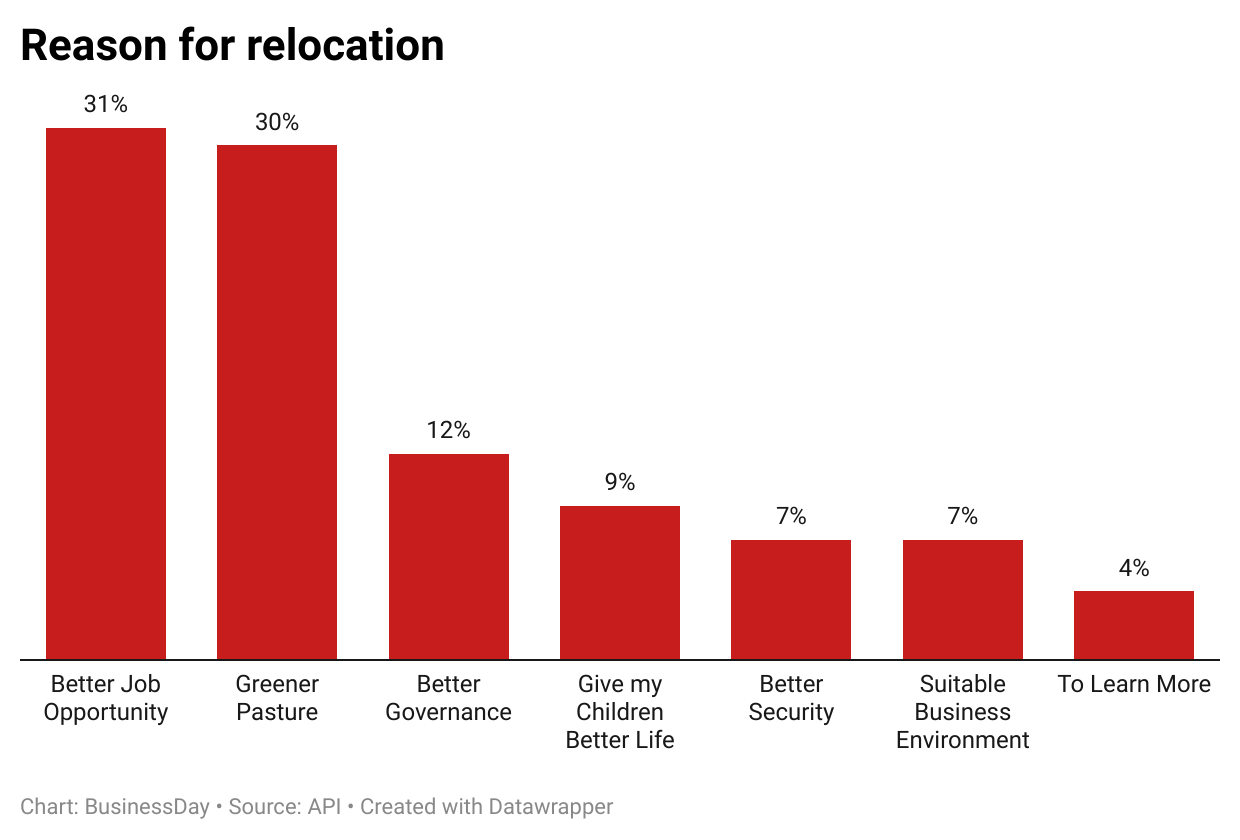 Bakre’s tweet spilled to other social media platforms like Instagram and WhatsApp, where a lot of the reactions were anonymous as many did not want to make public their plans so as not to disrupt their visa application process, among several reasons.

“It’s beyond what we earn. Even with all the millions, the standard of living isn’t it. Japa!!” one of them said.

Another explained that despite having a thriving business and a husband who is earning well with promotion in view, she is keen to leave the country for safety reasons. “Nothing is really within your control and that scares the… out of me. We want a life where our kids can live to their fullest potential,” she said.

A former regional bank manager at a first generation bank now living in the US told BusinessDay: “Insecurity is the number one issue, followed by the future of my kids. I never wanted to travel, but I had to because of my kids to give them the support they need towards a relevant future.”

“Also the rich are trying to put their money where it is safe as they need to get value for their money in terms of electricity, good roads, and security. You don’t get value for your money in Nigeria; you pay for light but still fuel your generator often. There’s police but you still pay for community vigilante and personal gatemen; you fix the road leading to your street and so much more,” he said.

The API survey showed that the US, Canada and the UK topped the list of preferred destinations. Since the launch of the Express Entry programme of Canada in 2015, the number of Nigerians who have gained permanent residency doubled year-on-year to 6,655 in 2018 from 100 in 2015. 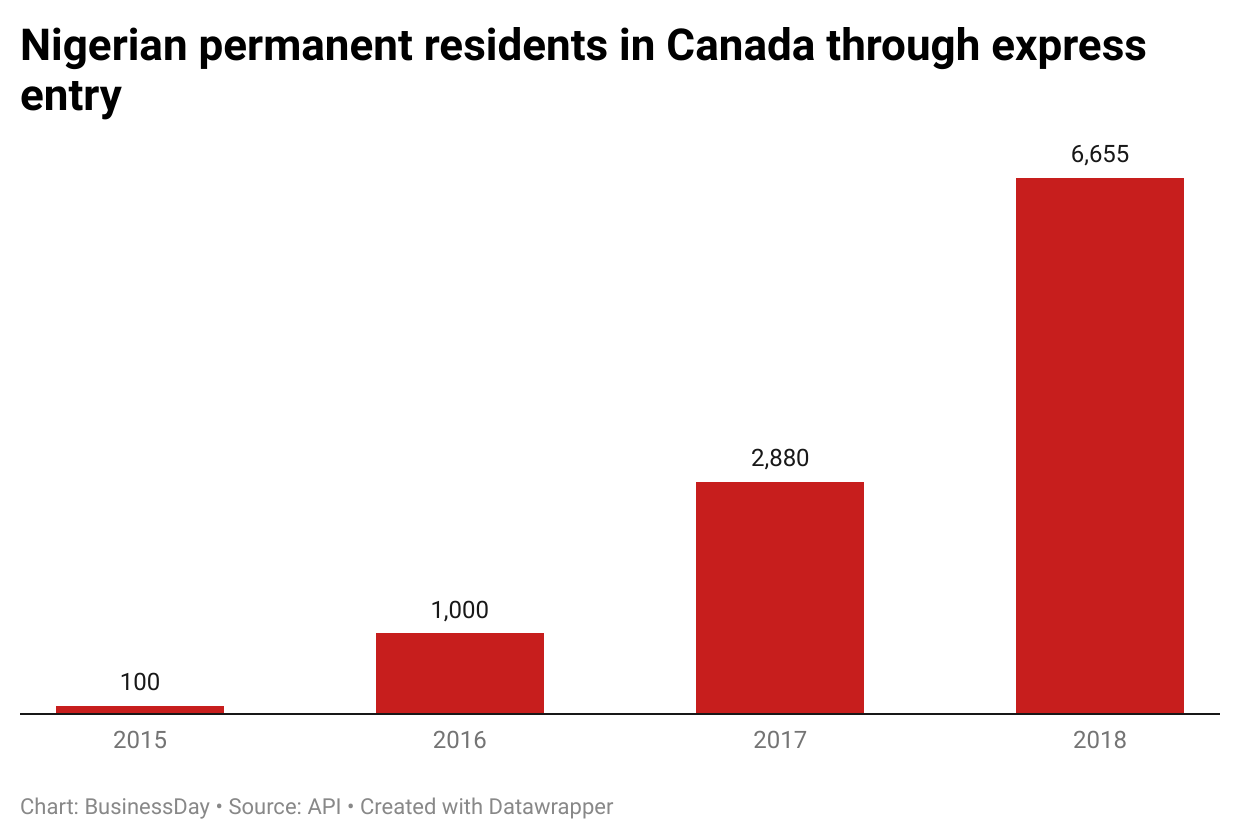 API’s Canada Rush report says that the $15,000 cost of the programme would take a minimum wage-earner 11 years to finance and confirms anecdotal evidence stated in research reports that Nigeria’s “emerging middle class” are leaving for Canada.

The former bank manager who spoke to BusinessDay said if the members of the middle class continued to leave the country, the poverty rate in Nigeria would increase and the economy would suffer because they would be leaving with their assets.

Oluwatomilayo Imade, proprietor of Becky Private School, Abeokuta, spoke to BusinessDay of the impact of migration on primary and secondary schools.

“Teachers are more focused on saving money to leave than developing their careers because their pay is very little,” she said. 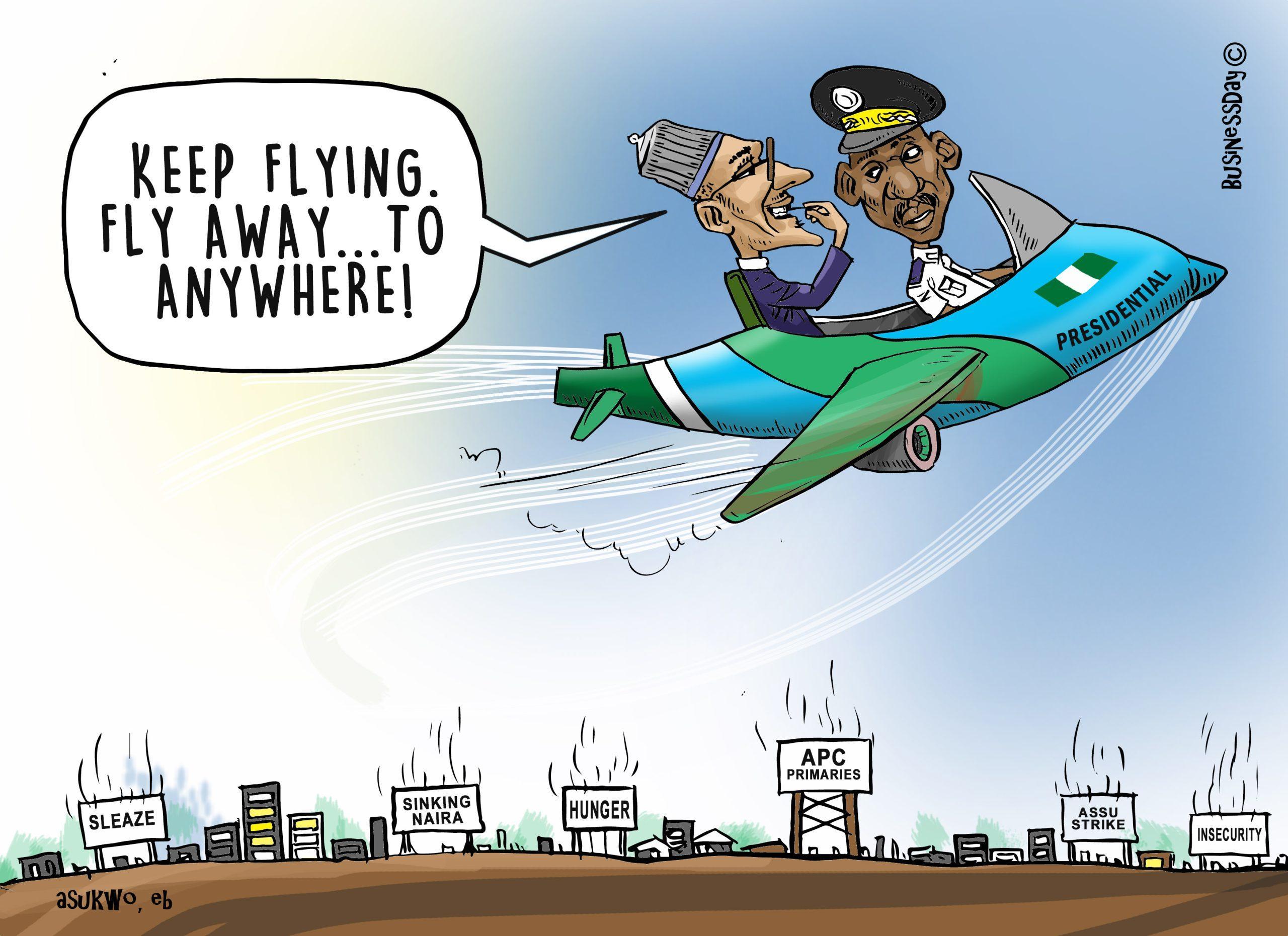 Kalu Aja, a certified financial education instructor, said Nigeria had been losing many of its youths in recent years to countries where they can put their abilities to good use.

“Any nation where pension exceeds salary dies. That’s what is happening in Europe, Japan, and even China. Demography is king. Africa wastes her demographic advantage. Nigeria is blessed with millions of English speaking youth, and has no clue what to do with them, so Canada steals them,” he added.

Triple I invest in cold chain to deepen Nigeria’s operations

MORIES ATOKI’s prowess in business and organisational strategy is sterling

Satanic verses or a journey towards hope (2)