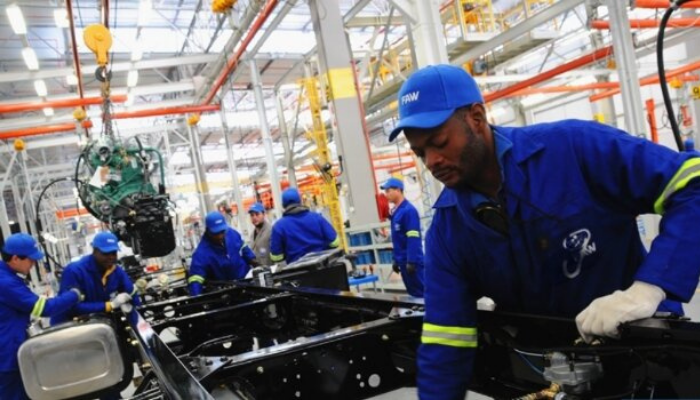 The manufacturing sector was the key contributor to Nigeria’s Company Income Tax (CIT) revenue in the first quarter (Q1) 2022, data gleaned from the National Bureau of Statistics (NBS) has shown.

The manufacturing sector contributed the most by 21.31 percent totalling N44.56 billion, although a decline of 1.17 percent from Q4 2021 when N45.09 billion was recorded.

This is despite the grappling challenges the sector is facing, particularly the availability of FX for the import of raw materials and machines.

“The foreign exchange shortage has gradually worsened because financial institutions do not have enough to go round and manufacturers keep going back to the black market to source FX at exorbitant rates which is not sustainable,” Frank Onyebu, chairman of the Manufacturers Association of Nigeria (MAN), Apapa branch said.

Analysts have said the increase in CIT depicts an improvement in economic and business activities in the country but it is still below its potential.

“CIT now reaching record levels is an indication that businesses have recovered from the adverse impact of the pandemic and that activities in the business and economic environment have significantly normalized,” said Damilola Adewale, a Lagos-based economic analyst.

Likewise, on a year-on-year basis, CIT revenue increased by 35.61 percent from N392.7 billion in Q1 2021. CIT which is also known as corporate tax is a levy the government imposes on the income of a company.

Examples of some companies who recorded an upbeat in their first quarter 2022 financial performance include Dangote cement which recorded a gross profit of N259.1 million and profit before tax of N156.4 million in Q1 2022 from N332.7 million and N130 million respectively.

Additionally, BUA foods recorded a gross profit of N28.3 million and a profit before tax of N24.8 million in Q1 2022 from N24.6 million and N21.3 million respectively.

The other two largest contributing sectors include the Information and Communication sector and Financial and Insurance sector with 14.03 percent and 12. 20 percent respectively.

The Information and Communication sector’s contribution totalled N29.34 billion, a decline of 42.5 percent from Q4 2021 when N51.1 billion was recorded.

This sector also played a huge role in Nigeria’s Gross Domestic Product (GDP) which grew by 3.11 percent. The sector grew by 12.07 percent majorly driven by the telecommunication industry which grew by 14.5 percent.

The Financial and Insurance sector’s contribution totaled N25.5 billion, a decline of 17.9 percent from Q4 2021 when N31.1 billion was recorded.