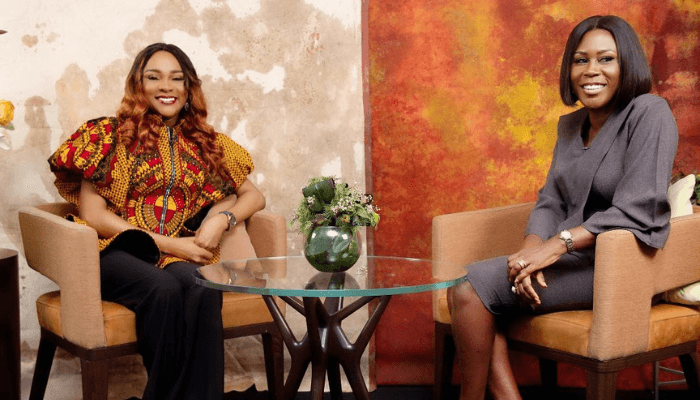 I felt truly honoured when the organisers of Fire Sessions reached out to me to be the host of this heart-stirring show which tells the fire moments of some amazing women, who shared with me as they have never done before. Tori Abiola the Executive Producer, after surviving breast cancer, felt the need for women to also share their fire moments to encourage other women to know that they are not alone, and for every woman to know that everyone, no matter how high have also experienced their own fire moments hence the theme for the show FIRE SESSIONS.

My First guest was Tara-Fela Durotoye.

She began by sharing how her passion for make-up began and how as a pioneer in that industry, she had little or no mentorship as she was self-taught. Step by step she continued to soar and years later, her brand has become a household name.

Her Fire Session story was her experience with counterfeiters. After years of hard work and being a pacesetter in beauty entrepreneurship, experiencing counterfeiting is certainly not rewarding.

Here is what made it even worse. She not only suffered from her experience with those selling the counterfeit of her products in Nigeria, but also when she went to China, and someone approached her to ask if she wanted Tara products. Imagine being offered a dealership of your own product, same name and all. Tara told me she got back to her hotel room and did not come out for 2 days. It was truly a trying period for her but she found her way around it. Acknowledging that completely eradicating counterfeiters may be tough, but as far as her products are concerned, it is not as bad as they used to be and she has found ways to ensure users identify her REAL from their FAKE!

Her other fire moment was when hoodlums hijacked the peaceful October 2020 protest and attacked homes and shops. Her shops were looted and the losses were much. However, she found the strength to pull through and was encouraging others while going through her losses too. 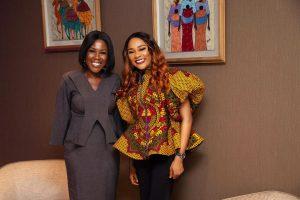 I couldn’t let her go off the show without asking her how she felt when her husband Fela Durotoye told her he wanted to run for the office of the President of Nigeria in 2019. She said she didn’t buy in completely at the initial stage, as she loved her privacy and all but as she said, her husband had always supported her in everything she did and turning her back against him for this one thing he requested, she wasn’t going to do. According to her, he wasn’t about winning, for him, it was about coming out to show that it is possible especially because most people he preached change to were scared to come forward.

Tara always inspires and on the set of Fire Sessions, she did.

The programme airs every Thursday on Wazobiamaxtv on Dstv channel 259 and UHF 57 Terrestial (Free to air) 7:30pm WAT. It will be worth your time.

How Connected Vehicles Will Impact the Insurance Industry – Grape Up

Psychology, self-respect, and the Nigerian Police