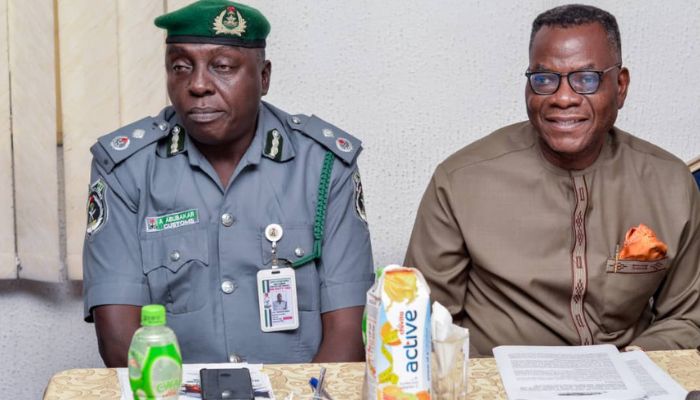 Exporters from the Niger Delta region interested in joining the non-oil export business have been told to do away with extreme fear of the Customs.

A senior Customs officer who stated this in Port Harcourt, said agents and informed persons have used a web of lies to create the impression that no matter what any importer or exporter do, his goods must be impounded by the Customs.

Ahmed Abubakar, the deputy controller of Customs at the Area 2 Command in Onne, near Port Harcourt, said at a one-day export grooming workshop for new entrants that what was misunderstood was documentation processes.

Abubakar said every Customs officer was aware of the huge disparity in favour of import over export and the consequence of the high foreign exchange rate against the naira. He said they were part of the Nigerian community that was eager to see an increase in export as the only way to strengthen the naira against the dollar for the benefit of every Nigerian, saying it would be unthinkable that Customs would hinder the export of goods.

He said what the law provided for was accurate documentation and correct declaration of what is being exported and the amount involved, saying anything short of this was smuggling and would be treated as such.

He said he was excited to see young graduates joining the export business and said Nigeria would soon harvest an army of well-educated and enterprising entrepreneurs and exporters who would meet international standards and make the nation proud.

He made it clear that export attracted no fees except 0.5 percent of the cost of the commodity for export (FOB) which is required for inspection and other services. He thus advised exporters to ignore any agent asking them to bring money to facilitate export.

The council recently drilled another batch of budding exporters numbering over 70 from registered firms that may have embraced the council’s clarion call to join export for survival.

Apart from the eager exporters, both in-house and external experts converged at Aldgate Congress Hotel on Abacha Road, in Port Harcourt to drill the budding exporters at a one-day export grooming workshop for the entrants.

Evelyn Kobo, a unit head at the South-South regional office of NEPC in Port Harcourt, introduced the entrants to the critical steps needed to become successful exporters.

She made it clear that export was a serious business for serious people, and that documentation was more important than the product because the best product without proper documentation and procedure would fail.

Dingtone mobile service solutions to save cost for Nigerian SMEs –