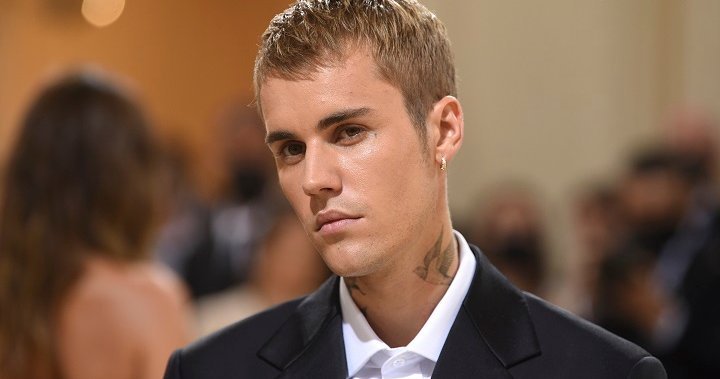 Canadian musician Justin Bieber, says he postponed his next few concerts because he is suffering from facial paralysis.

In a video posted to Instagram Friday, Bieber said he is suffering from Ramsay Hunt syndrome, which is causing the paralysis.

Bieber said it was caused by a virus that attacked nerves in his ear and face.

According to the Mayo Clinic, Ramsay Hunt syndrome occurs when a shingles outbreak affects the facial nerve near one of your ears.

“In addition to the painful shingles rash, Ramsay Hunt syndrome can cause facial paralysis and hearing loss in the affected ear,” the Mayo Clinic website said.

3:18
Toronto paddle boarder with Ramsay Hunt Syndrome shares story of getting back on the water

Toronto paddle boarder with Ramsay Hunt Syndrome shares story of getting back on the water – Sep 11, 2019

Bieber said he is suffering from “full paralysis” on one side of his face.

“As you can see this eye is not blinking, I can’t smile on this side of my face, this nostril will not move,” he said in the video.

The news comes just days after Bieber’s Justice Tour announced that two shows at Scotiabank Arena in Toronto, and a show in Washington D.C., would be postponed due to a “non-COVID related illness.”

In the video Friday, Bieber said he’s “just physically obviously not capable” of doing the shows.

“This is pretty serious as you can see,” he said. “I wish this wasn’t the case but obviously my body is telling me I’ve got to slow down.”

Bieber said he will be using this time to “rest and relax and get back to 100 per cent.”

“I love you guys,” he said. “Thanks for being patient with me.”

-with a file from Ryan Rocca