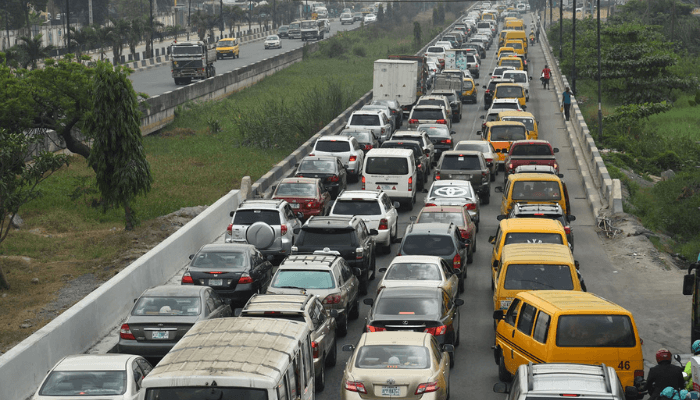 Lagos has emerged with the worst ranking among seven African cities based on traffic congestion, in the Numbeo traffic index, a crowd-sourced global database of quality-of-life data. The ranking includes Nairobi, Kenya; Cairo, Egypt, Pretoria, Cape Town, Johannesburg, and Durban in South Africa as also having bad traffic conditions.

The report further stated that another negative thing about traffic is that it subjects commuters to the mistakes of other drivers on the road. Due to the anxiety that characterises most traffic jams, some motorists display aggressive behaviour towards others. And things could escalate quickly.

Traffic could also be the scene of potential criminal activity, particularly at night. Numerous individuals have been robbed or, in the worst case, killed in traffic. Consequently, a big part of why so many people dread traffic is the risk aspect.

According to a report by the Danne Institute for Research, the 6.39 million people who work in Lagos spend 2.21 hours per day in traffic, which costs them the equivalent of N1,1180 per hour of salaries or N17 million per day.

“Beyond a certain threshold, however, the associated costs- increased costs, reduced welfare of commuters, and lower productivity level of employees- could disrupt and ultimately lead to a slowdown of business activities,” the report stated.

“Lagos roads are unable to cater for the volume of traffic, infrastructure is still inadequate and options such as water, and rail transport are underutilized,” the report states.

Traffic congestion in Lagos is a constant result of long journeys between homes and workplaces. In the smallest state in terms of the landmass in Nigeria, 8 million people travel in 5 million cars every day on a network of 9,204 highways connecting the mainland and the island.

Lagosians who own a vehicle typically spend N133,978.68 extra on traffic each year, and those who go to work by public transport spend N79,039.40 each year.

“The physical and mental health of workers is severely impacted by traffic congestion, which also causes noise and environmental pollution,” Goddey Odin, a research analyst at SBM Intelligence said.

According to the 2022 Global Liveability Index, Lagos, the commercial hub of Nigeria, has also been ranked 171 out of 172 countries in the list of most liveable cities in the world for the first quarter of 2022.

How rising costs are turning short-let apartments landlords to tenants

How Opay is improving consumers’ lives with fintech