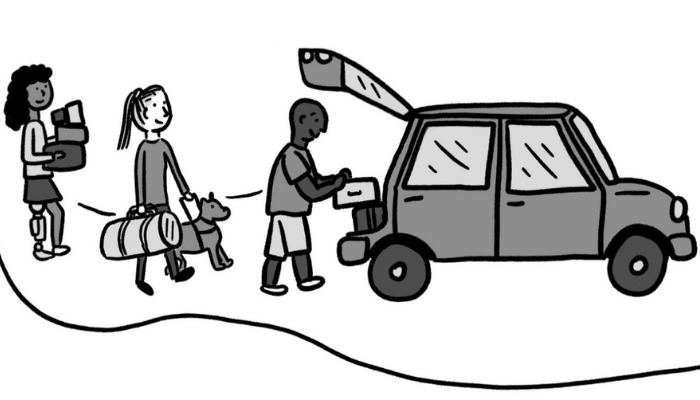 Inflation is rising, insecurity and nationwide power failures are spreading, and debt burden is climbing – welcome to Africa’s most populous nation where the people now must endure flagging governance in what will be easily the longest period of lame duck leadership in its history.

Nigeria’s ruling party All Progressives Congress has anointed the so-called lion of Bourdillon to bear the flag in next February’s crucial presidential election but never has Nigerians seen such long stretch between the emergence of the candidates and the actual election where the president will be selected and the distraction and resulting collapse of governance associated with it.

At a time, the leaders should be running on all fours, critics say they are consumed by the consuming passion to choose a vice presidential candidate and thereafter they must focus on the bruising campaign for upwards of eight months. Senior officials of the administration are anticipating the end to this administration and are just waiting for their next move.

In times past, the presidential candidates would emerge around December preceding the elections but the election commission in its wisdom has changed the schedule and the parties must fall in line.

Before the grueling presidential primaries, Nigeria had been likened to a severely ill patient in an emergency ward where the doctors struggled. Now, the leaders and many in government appear overwhelmed and do not now expect that there will be any further serious attempt at changing the country’s abysmal trajectory.

Nigeria’s failures are telling. The biggest economy in Africa also has the highest number of out of school children in the world. Inflation is running at unusually high levels and Nigeria virtually uses all her earnings to service a suffocating national debt which is still rising. Even the oil industry which in the past was expected to do well is suffering. Oil production has collapsed by about 50% and Angola just took from the country the position of Africa’s top oil producer and exporter.

And there is an inexplicable N6trn oil subsidy bill to contend with this year alone.

According to a June 2022 publication by the World Bank, “in 2020, Nigeria experienced its deepest recession in two decades, but growth resumed in 2021 as pandemic restrictions were eased, oil prices recovered, and the authorities implemented policies to counter the economic shock.

“Nigeria was highly vulnerable to the global economic disruption caused by COVID-19, particularly due to the decline in oil prices. Oil accounts for over 80 percent of exports, a third of banking sector credit, and half of government revenues. In 2018, 40% of Nigerians (83 million people) lived below the poverty line, while another 25% (53 million) were vulnerable.”

The leading writer and newspaper columnist Olu Fasan says “with 206 million people, Nigeria is the world’s 7th most populous country and, with a GDP of $375.7bn, it’s the world’s 30th largest economy. Yet, judged by GDP per capita, the measure of how well-off people are, Nigeria, with a paltry per capita income of $2,230, is 136th in the world. What’s more, Nigeria languishes at the bottom of virtually all world league tables of government.”

The 2022 country rankings of the Index of economic freedom published by the Washington based Heritage Foundation show that Nigeria has fallen in the world ranking to 124 points having also dropped in the individual categories like property rights, judicial effectiveness, government integrity, business freedom and financial freedom.

The World Bank expects that the number of Nigerians living below the international poverty line is expected to rise by 12 million in 2019–23. The country’s electricity grid that is contributing to pushing more Nigerians into the poverty pit, can no longer be called a grid in the real sense of the word given the number of total collapses witnessed this year alone.

Nigeria’s fiscal crisis is so severe the acting accountant general says the government is having to borrow to pay salaries of an over bloated civil service. Finance Minister Zainab Ahmed added to the desperation when she announced this week that Nigeria now struggles to meet her debt service obligations while acknowledging that the messy petrol subsidy is hurting the nation. But she has resigned to not being able to change the situation and quit the subsidy regime.

Ever so keen about how history will tell the story of his rule, President Muhammadu Buhari who fought for the office four times before being elected in 2015, now faces the prospect of being labelled a failed leader.

According to Kenneth Arikawe, a political scientist and polling expert based in Florida, “while we should expect Buhari’s aides to defend his legacy to the hilt, the signs are not good. There are pockets here and there where this president is still popular, but it is hard to see how history will be kind to his administration. Those who tell history better, do not write because of emotion but facts that are incontrovertible. Everywhere you look in Nigeria today, the evidence presented speak to growing poverty, worrying levels of insecurity across the country, rising disunity, disaffection and fading hope in a country rated one of the toughest places to do business in the world.”

Consultants’ 101 – What Does On-site Work Look Like?– Grape Up