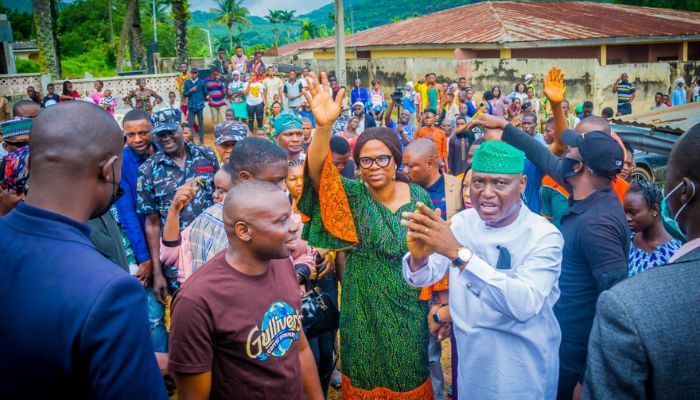 Two recent elections – one here in Nigeria and another across the world in Colombia – are interesting for those looking for insights and hope in the 2023 elections.

The Ekiti off-cycle gubernatorial elections on June 18 were important beyond knowing what states the parties would control during the general elections. It was the first election under the 2022 amended Electoral Act, and another opportunity to observe the use of the Bimodal Voters Accreditation System (BVAS), which did not work efficiently during the Anambra elections in 2021.

Section 47 of the Act mandates the use of technology for accreditation – in this case, via BVAS, disqualifying anyone who cannot be accredited from voting. It is not unfair to characterise our relationship with technology as unsure or suspicious particularly when it comes to government services, and there is fear that the higher-than-usual voter turnout expected during the general elections in 2023 will be thwarted with disenfranchisement by technology.

It does not help that the decision to reschedule elections where BVAS does not work is left to the discretion of Independent National Electoral Commission (INEC). The Act provides that where technology for accreditation fails and a new card reader cannot be deployed, the election in that polling unit will be cancelled and another election scheduled if “the commission is satisfied that the result of the election in that polling unit will substantially affect the final results of the whole election…”

What is the threshold for determining what will substantially affect elections or not? Is it 1,000 people not being accredited or 50? Our history of elections requires that everyone interested in credible elections should be concerned about INEC’s discretionary powers over accreditation and voting. The good news from Ekiti is that BVAS worked satisfactorily with a few wrinkles to iron out.

There are still two things of concern with Ekiti – the state that added ‘stomach infrastructure’ to our political lexicon: vote buying and voter apathy. There are allegations of vote buying with the parties reportedly paying between N5,000-15,000 for each vote. Aside from the ethical considerations and the psychology of voters honouring illegal transactions, vote buying indicates that our votes are not secret when they should be.

The candidate of the All Progressive Congress won the election with 187,057 votes – a mere 5.7 percent of the population of Ekiti, if we accept the state population is 3.3 million. At a time when governance is at its most ineffective, it is worrying that so few people can determine who will govern a state. The turnout in Ekiti aligns with the national average turnout of less than 35 percent but it is expected that when an incumbent is not on the ballot, there is a higher turnout of voters stemming from a sense of possibility for something different or even, a radical departure from the norm.

A total of 360,753 votes were cast in Ekiti, a little less than half of the 746,065 Permanent Voter Card (PVC) holders eligible to vote which is a different number from the 988,923 registered voters in Ekiti. It is one thing to register and quite another to collect the PVC – which is one reason to be sympathetic to INEC’s desire to have a cutoff date for registration; INEC needs time to ensure PVCs are produced and distributed before the general election.

Close to a quarter of a million registered voters did not have their PVCs for the Ekiti election, and it would be useful to know more about the owners of the 242,858 PVCs still with INEC e.g., was it for lack of trying and what can we tell from the spread i.e., are the majority from opposition strongholds because this is a consistent concern that needs to be verified with data not conjecture.

Read also: Presidential elections in Nigeria: A pattern to the voting report

As of June 27, INEC reports that 23,560,043 Nigerians have registered to vote. Of this, 14,137,024 are between 18 and 34 years old and 6,146,335 are students, and with the extension of the voter registration timeline, we can expect even more to register. This is an indication that the sustained advocacy for Nigerians to register to vote has worked. It could also be an inclination to what many of us feel: exhausted by the ineffectiveness of our government and a desire for radical change. The excitement over registration is buoyed by a sense of opportunity for the presidency; for the first time since 2007, an incumbent president will not be on the ballot, and the Peter Obi phenomenon indicates that when Nigerians are interested, they engage. For years, commentators have remarked that if young Nigerians participated in elections the way they engaged with Big Brother, the youth would be the determinants of our elections. 2023 provides an opportunity to see that energy translate into a voter turnout higher than the 34 percent turnout we had in 2019.

Massive voter turnout is our best chance to vote in a different type of public officer in 2023. It is the antidote to some of the rigging mechanisms, including vote buying, deployment of violence and ballot box snatching as they cannot buy everyone; it is harder to deploy violence where thousands are gathered (though ENDSARs tells us another story) and there is, hopefully, a limit to effective thug deployment across the country.

Colombia, a country similar to Nigeria: narco-state, high insecurity and state capture, recently held historic elections – noteworthy for electing for the first time in 20 years a candidate with leftist leanings and for having the highest voter turnout in electoral history – at 58 percent turnout. In Colombia, as in Nigeria, the majority of the voters desperately want something new.

Ayisha Osori, author ‘Love Does Not Win Elections’, will be writing for the Nigeria Decides 2023 series every fortnight on Wednesdays.