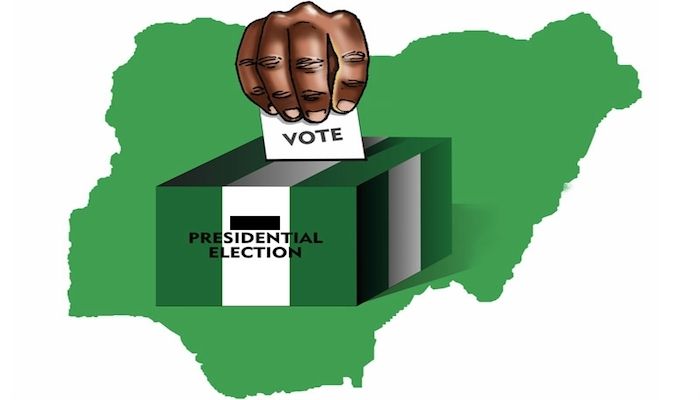 With the presidential primaries of the parties over and the emergence of their candidates, it is now obvious that about sixteen political parties are set to do battle at the presidential election slated for February next year.

From the pack, about four parties are seen to be prominent and actually in the race, either because of the popularity and structure of the platforms, or the popularity of the candidates flying the flags of such parties.

It was against this perception that while the primary elections and selection process of most of the parties went unnoticed, those of the APC, PDP attracted the attention of the entire country and the outside world.

Although the presidential primaries of the Labour Party and the New Nigeria People Party did not attract huge publicity, their candidates are considered formidable and are capable of springing surprises in the election.

Across the country, in recent weeks, especially on social media the presidential primaries have attracted a wide following among Nigerians, especially among the youth population.

In the last few days, Nigerians and political leaders have expressed divergent views on the candidates and what they bring to the table.

Observers are of the view that judging from their political antecedents and background, the presidential contest would be a four horse race between Atiku, Tinubu, Obi and Kwankwaso.

Until the elections are over, the names of the foremost candidates of the four leading parties will continue to be on the lips of Nigerians. As they begin their campaigns, they will cause a lot of disruptions in social and economic lives of the country.

Unlike in 2019 when the contest was only between President Muhammadu Buhari, who was then seeking a second term in office and Atiku, pundits predict that the scenarios would be different this time around.

Kwankwaso and his party is tipped to give the other candidates a tough challenge in the North West, and even the entire Northern Nigeria, where he had already teamed up with another former governor of his home state, Mallam Ibrahim Shekarau.

But unlike in 2015 and 2019 elections when APC dominated the zone due largely to the towering presence of outgoing President Muhammadu Buhari, who hails from the region, next year’s presidential election would be keenly contested by the APC, PDP, NNPP and Labour Party.

It is believed that since incumbent cult following wouldn’t be a factor anymore and considering the state of the country which may not work in favour of the ruling party, there could be surprises.

There is no doubt that each of the aspirants would have a strong showing in their zones, just like Tinubu would win the South West, Obi is expected to win the South East, but their success elsewhere would largely determine how far they would go which would also be determined by several factors.

“Tinubu would win his South West base; Atiku, who hails from Adamawa State in the North East would also carry the day there. Obi should win in the South East. Kwankwaso would also make a strong showing in the North West.

“For me, I think, the South-South and the North Central zones are the battleground regions for Tinubu, Atiku and Obi, their fates in the presidential election would be determined by their strong outing or otherwise there.

“My worry for Obi is that he does not have the structure across the country with LP, and the time is not with him,” Tope Musowo, political analyst, said.

Observers also say that given the situation of things in the country at the moment, nothing is sacrosanct in terms of which party will carry the day.

Taking a critical look at the chances of the candidates, Emeka Emordi, a Delta State-born politician and business mogul, noted that the 2023 election may likely throw in surprises as both candidates of the two major parties have huge setback despite their acclaimed popularity.

“The South East has been the stronghold of PDP, but the party’s failure to zone its ticket to the zone may work against them and the southern part of the country will likely not vote for PDP because it means returning the north and Fulani for another eight years,” he said.

On the chances of APC, the politician disclosed that Nigerians have suffered the most under APC, amid divisions and that the votes, if they truly count, may not roll in favour of the APC.

“Yes, Bola Tinubu is popular in South West, but many have not forgiven him for selling the Buhari dummy to them. They are waiting for 2023 for payback, even many of his Yoruba kinsmen may not cast their vote for him, and that is why I think the Vice President lost the ticket. He is part of this administration and cannot absolve himself of any blame because he could have resigned if he was not happy with the situation in the country,” he said.

Also analyzing the issue, Chijioke Umelahi, a former Abia lawmaker, noted that Kwankwaso has a cult followership in the North West and that it could puncture PDP’s chances, as Kano will vote for its own.

For him, the fans of Kwankwaso are not the type you will buy unless the NNPP presidential candidate urges them to vote for Atiku.

“I think the Labour Party and NNPP will pull surprises because Nigerians are tired of APC, PDP and their candidates, who have always expressed desperation to rule. For Obi, I think many are rallying for him and I think he represents the change Nigeria needs now because the two major flag bearers have been and are still part of the problems of the country today,” he explained.

Moreover, Umelahi does not think that Labour Party is a weak platform. According to him, it is personality and performance that people will vote for in 2023 and not party.

The former Abia PDP member lamented that the South East has been the stronghold of PDP and not zoning the ticket to the South East for 2023 means denial of an opportunity to realise that ambition and that it may work against PDP in 2023.

“The Igbo delegates at the PDP primaries were alleged to have voted for Atiku, but the Igbo votes are not going to PDP this time because the zone is unhappy and feels its support for the party since 1999 is not recognised. If you are in their shoes, you will abandon PDP the way Obi rightly did,” Umelahi said.

Speaking further, he predicted that at least 80 percent of Igbo votes would go for Obi, reducing PDP chances.

Sam Onikoyi, a Nigerian researcher in Belgium, and keen follower of Nigerian politics since student union days in the university, cried out that in sane societies people will hold political office holders accountable for their promises and actions and also vote against them if they did not deliver on such promises.

“Let’s call a spade a spade, and I have relations back home in Nigeria, the people have been put under the harshest conditions under this government. I think, in the western world, voters will send them packing even before election. This may happen in 2023 because Nigerians are not happy and the options being presented have similar traits,” he said.

But Emordi foresees a dilemma for the APC. “I don’t see the Muslim-Muslim ticket working now. Tinubu is a Muslim and his vice will come from the north and most likely a Muslim. With the many religious-related troubles, such choice may work against the APC.

But Onikoyi thinks the north could pull a surprise for the first time by allowing a northern Christian to run as Tinubu’s vice.

For him, Nigeria needs to get the economy working in order to solve all other problems the bad economy caused. “If we think of economy first, then Peter Obi can be the option. I have seen some of his presentations, they are practicable,” he admitted.

Umelahi has same opinion, but Emordi said the 2019 Atiku/Obi formation would have been the solution for 2023.

Meanwhile, as the search for the running mate continues in the two dominant parties; several names have been touted as a possible contender in recent days.

In the PDP, permutations have continued to intensify on who would be the running mates to Atiku. Different names have been listed as a possible running mate to Atiku.

Some PDP chieftains have also suggested the River State Governor Nyesom Wike due to his contribution to the party in recent years.

Speaking in an interview with BusinessDay at the weekend, a chieftain of the PDP, and South West zonal Secretary, Wahab Owokoniran said that Wike stands a better chance ahead of other contenders due his strong personality and contribution to the party.

According to him, “If I have my way, it is Wike. You have to look at his contribution to the party and support he was able to get within the short time he campaigned. It shows his acceptance.

“He came to Lagos here, and talked about his contribution to the party and you can’t fault him. He held that view throughout his campaign.”

In the APC, it was gathered that as the search for Tinubu’s running mate continues, he would regularly meet with governors and party leaders to decide on the choice of his running mate in the coming days.

The spokesman for the Tinubu campaign organisation, Bayo Onanuga, in an interview with journalists last week, said the APC presidential candidate would meet the APC governors who would have a major say in who emerges as his running mate.

But pundits have advised that for religious balancing, Tinubu’s running mate should be a Christian.

In recent days, several names have been touted. Those being mentioned are George Akume, Simon Lalong, Yakubu Dogara, Boss Mustapha and Babachir Lawal.

Speaking on Tinubu’s candidacy, Femi Okurounmu, a former senator and leader of pan-Yoruba social-cultural group, Afenifere, said his victory at the primary was aided by the monetisation of the primary of the APC.

Okorounmu expressed displeasure over Tinubu’s candidacy, saying that his selfish interest brought Yorubas to where they are now.

He added that his pledge to continue with the policy of President Muhammad Buhari if he wins the 2023 presidential election would further spell doom for Nigeria and plunge it into more crisis.

According to him, “The victory does not surprise me; politics these days is cash and carry. So, it depends on who you are competing with at the primary.

“With the kind of primaries conducted these days, the wealthiest man would always win. Nigerians are after money, and I am not surprised, because the richest man among them was Tinubu. It was like the presidential primary in 1993; when MKO Abiola won the SDP ticket, where he used a plane to carry money to the venue of the primary.

“Tinubu has not been good to Yoruba, it is his selfish interest that brought Yoruba to where it is today, of what use is he to the Yoruba’s, since the killings began what has he done?

“It is a continuation of the implementation of the Fulanisation agenda. You can see that happening around us, just to please a small portion of the people in the society.

“There is no future for Nigeria, without restructuring the country. Look, the country is more divided now than before and it is because a particular ethnic group has been imposed on the country, they dominate everywhere. Nigeria is not one nation, until we realise that we would not move forward.”

Since the emergence of the candidates, Nigerians have been pondering who among them could be suitable for the country, particularly with the state of the economy and worsening insecurity.

This riddle could be solved as the candidates begin to embark on nationwide electioneering campaign to sell their manifestoes.

Monitoring Your Microservices on AWS