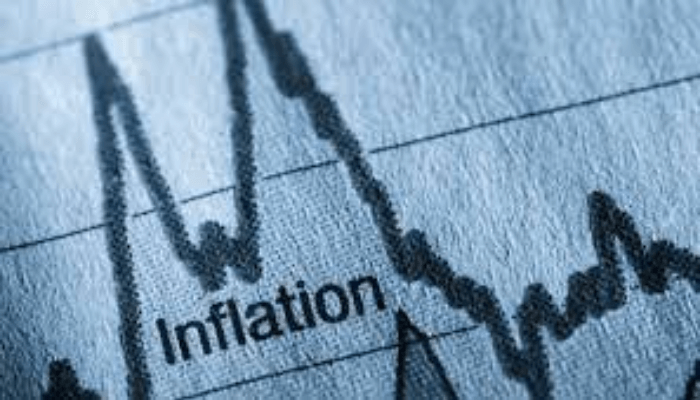 The inflation rate in Nigeria accelerated in May to its highest level in 11 months, official data released on Wednesday show, with the International Monetary Fund (IMF) and economic analysts in the country saying the price growth raises concerns over food security.

The National Bureau of Statistics said the inflation rate increased to 17.71 percent in May from 16.82 percent in April.

Food inflation rose to 19.50 percent, the highest in eight months, compared to 18.37 percent in the previous month.

“The rise in the food index was caused by increases in prices of bread and cereals, food products, potatoes, yam, and other tubers, wine, fish, meat, and oils,” the statistics office said.

The IMF said on Wednesday that its team, led by Jesmin Rahman, held meetings with the Nigerian authorities from June 6-10, 2022, to discuss recent economic and financial developments, and the economic outlook for the country.

Rahman, in a statement at the end of the visit, said economic recovery continued to gain strength on the back of services and agriculture, with GDP growth reaching 3.6 percent year-on-year in Q1 2022.

“Inflation has reached 17.7 percent (y/y) in May led by a renewed surge in food prices, exacerbated by the war in Ukraine, and raising food security concerns as over 40 percent of the population live below the poverty line. To contain inflationary pressures, the Central Bank of Nigeria has recently hiked its monetary policy rate by 150 basis points to 13 percent.”

Analysts at Financial Derivatives Company Limited (FDC), led by economist Bismarck Rewane, had earlier predicted that the country’s inflation rate would hit 17.72 percent in May, saying a survey showed that commodity prices were increasing at a faster pace for food items than in the non-food basket.

“Flour and diesel are major cost components in the baking of bread, accounting for 70 percent and 15 percent of the total costs. The price of flour and diesel spiked by 76.7 percent and 209.37 percent to N26,500/bag and N750/litre respectively in the last year. This is likely to push upwards the price of a loaf of bread from N600 two months ago to N900,” they said.

The FDC analysts said in spite of the price surge, wages had remained static or even declined in real terms.

They said: “Consequently, price resistance of consumers is increasing and many are switching to affordable substitutes. In some cases, as is empirically evident, we have noticed a drop in the quantity of goods demanded. Since price inflation is not a Nigeria specific phenomenon, there are indications that the price spiral is not likely to be short-lived.

According to FDC, with insecurity on the rise, farmers could be cautious of going to the farm, resulting in lower harvest and ultimately reduced exports.

Inflationary pressures were felt more in the urban areas of the country in May than in the rural areas. Urban inflation rate rose to 18.24 percent in May as against 17.35 percent in April, while rural inflation increased to 17.21 percent from 16.32 percent.

“The increase in inflation was driven by persistent structural factors and the base year effect. For households, the rising inflationary environment would lead to lower discretionary expenses while negative real interest rates on investment are expected to widen”, Omobola Adu, an investment research analyst with Afrinvest Consulting, said.

The ongoing Russia-Ukraine conflict and the displacement of farmers by herders and insurgents in Nigeria have been identified as major drivers of the uptick in the prices of food items. The conflict has disrupted the supply chains of commodities such as wheat, sugar and vegetable oil.

In April, prices of food items in Nigeria rose by 28.86 percent on the average on a year-on-year basis. Prices of tomatoes rose by 53.86 percent in April, according to the NBS. Groundnut and vegetable oil prices rose by 46.21 and 45.85 percent respectively in the same month. The prices of bread and wheat-related products rose by 35.3 percent on the average, just as those of yam tubers, beans, and maize increased by 42.88 percent, 40.07 percent, and 27.6 respectively.

“Prices of poultry feeds have sent some of our members out of business. Not only that, transport fare for moving poultry feeds from Ibadan to Ogun State has risen by 100 percent. When I started, I paid N30,000 as transport fare, but now I pay N60,000 for moving the same bags of feed. We cannot transfer all these costs to our clients”, Adedapo Adetola, CEO of Agrodam Farms Limited in Ogun State, said.

The NBS said the country’s core inflation, which excludes the prices of volatile agricultural produce, increased by 14.90 percent in May, the highest in almost five years, from 14.18 percent in April.

The highest increases were recorded in prices of gas, liquid fuel, garment, solid fuel, cleaning, repair and hire of clothing and passenger transport by road.

“This is a sharp increase can be linked to foreign exchange (FX) illiquidity in the market,” said Damilola Adewale, a Lagos-based economic analyst. “If you look at the FX movement in the parallel market, you will discover that there is a serious liquidity challenge, of which FX was being devoted to election activities that is why that $1 is around N600-N610.”

“Wheat, sugar, salt, gas and diesel are things that you need to produce bread. I started my bakery business in March 2022 with some assumptions. All of them are no longer realistic,” Olayiwola Babatunde, CEO of Minarets Pharmacy Limited Ibadan, said.

“If you pass all the costs to your customers, they will run away. And in my case, I cannot afford to reduce the quality of my cakes. So, the sacrifice is my margin as we only charge a margin that makes us remain in business. The pressure is too much,” Zaynab Adetipe-Salaam, creative director at HeartyKrafts Cakes, said.

The surge in inflation rate has also led to the expectation of a further increase in the Monetary Policy Rate when the Central Bank of Nigeria’s Monetary Policy Committee (MPC) meets next month. In May, the committee increased the benchmark interest rate to 13.5 percent from 11.5 percent, for the first time since July 2016.

“The MPC stance will be hinged on the June and July inflation numbers. A continuous increase in price level (which is very likely) to about 18 to 19 percent would mean the MPC could push policy rate up by at least 50 basis percentage points,” Temitope Omosuyi, investment strategy analyst at Afrinvest Limited, said.

“More so, both the money and capital markets have not significantly responded to the previous rate hike and various macroeconomic indicators that underscored the decision have not improved at all.”

London-based Capital Economics said the latest inflation reading out of Nigeria showed “another chunky rise in the headline rate will keep the central bank under pressure to continue raising interest rates”.

“Policymakers only delivered their first interest rate hike in May, but the latest inflation print means that another rise in the benchmark rate is nailed on,” Virag Forizs, emerging markets economist at Capital Economics, said.

But Gbolahan Ologunro, a senior research analyst at Cordros Securities is of the view that the MPC would still maintain the present rate.

“The CBN governor is trying to take into account the impact of interest rate hikes on economic goods. So, if they decide to be aggressive by pushing up interest rates, that may impact on credits going to the private sector which will have an impact on the overall economic activities,” he said.

The IMF said the start of operations at the Dangote refinery and decisive steps to mobilise revenue could spur economic growth in the country.

“However, the improving trade balance, which has continued so far in 2022, is having a limited impact on foreign exchange strains with the exchange rate premiums in the parallel market staying in the 35-40 percent range since October 2021,” it said.

It said: “The fiscal deficit of the Consolidated Government is expected to remain high at 6.1 percent of GDP due in great measure to costly petrol subsidies and limited tax revenue collections. Downside risks to the near-term arise from further deterioration of security conditions, elections, low vaccination against Covid-19 and higher global interest rates.

“On the upside, steady private sector recovery and further broadening of growth, the start of operations at the Dangote refinery and decisive steps to mobilise revenues, in line with the Strategic Revenue Growth Initiative could spur inclusive growth and development.”