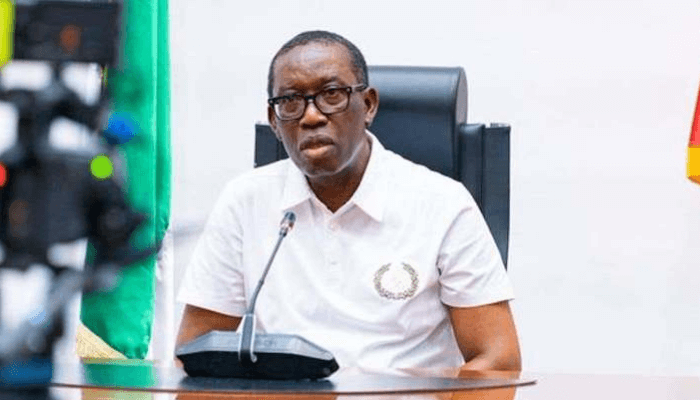 Okowa who noted that “there is a lot of work to be done”, noted that their assignment “is not a fun fare”

“I want to make an appeal to the campaign council. It’s not about being inaugurated in Abuja. The work to be done is in Osun State”

Okowa while recalling how the party lost the election about four years ago, added that “there is no doubt that PDP won that election but unfortunately, we were cheated out of the election. As we move into another election, we are confident that if all of us, all of us stay committed to the party, we will be able to deliver the victory for our party.”

“Osun State is a PDP state. We have great leaders who have a very clear understanding of the politics in that states. I want to urge all our leaders and our followers in the state to please quickly bridge the gaps among us because victory stares us right in the face, God has gone ahead of us. It is for us to follow the wish of God and to deliver the state to the PDP.”

“From the information that we have, the APC is already in disarray in the state but that is not enough for us to go to sleep.

“I believe nobody wants Nigeria to continue the way it is today. The very difficult times that we are in have been brought to us by the bad governance of the APC government.

“We believe that we are able to redeem Nigeria, rescue it and begin a process of rebuilding this nation. Yes, we were in the office and made some mistakes. We have learnt our lessons, and we have apologized to Nigerians. We’re coming back as a rebranded PDP and we are going to entrench democracy.

He, therefore, implored the members to take this message to the grassroots and ensure that all indigenes of Osun State vote for the PDP.

Also speaking at the event, Aliyu Damagun, the deputy national chairman, North, while inaugurating the council, said the sole mandate of the council was to go to Osun State and win the election for the PDP.

Are Eggs Acidic? (Check The Facts!)

Ngige not cause of ASUU strike, says labour ministry