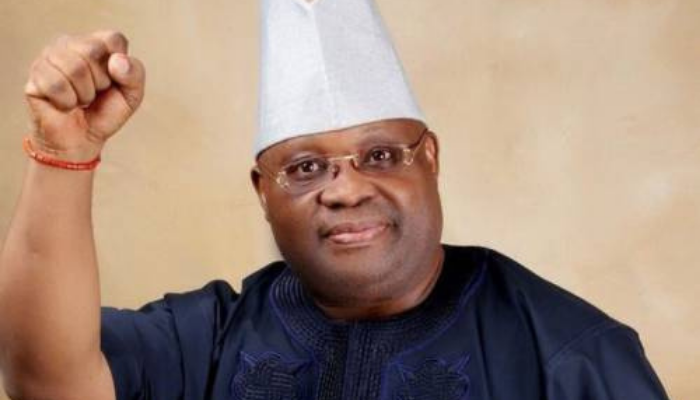 Ademola Adeleke, the Governorship candidate of the People’s Democratic Party (PDP) in Osun State on Wednesday said that the stolen mandate in the 2018 election will be recovered on July 16, 2022 governorship election.

Adeleke, stated this in Osogbo while welcoming thousands of members of the All Progressives Congress (APC), led by a former Commissioner of Local Government and Chieftaincy Affairs under Rauf Aregbesola’s government, Kolapo Alimi.

He said, “Every day people are coming, there are some more we cannot even mention here, all over Osun State because in 2018, they stole the mandate of the people and people are ready to fight for their mandate. So, the stolen mandate by the special grace of God, the people of Osun are going to get it back come July 16.

“The chances of PDP are growing, let me just say 80%, and I thank you so much for your cooperation.”

When asked if he has the hope that the election will be free and fair, Adeleke said, “the new electoral law, signed by President Muhammadu Buhari has reduced chances of anyone trying to rig the election.

“I believe that a lot of people of Osun state are wiser. They are ready to defend their votes so I don’t believe it going to be possible. It’s not by force to rule, people have to decide who they want and I believe it is me, Senator Ademola Nurudeen Adeleke.

Speaking on his defection, Alimi said “any political observer in the state that has been monitoring political development in the state will know that shortly after the inauguration of Governor Adegboyega Oyetola started divisive politics against those he perceived as loyalists of Aregbesola. We have cried out to so many quarters without any solution. You know Aregbesola himself is a bigwig in APC he cannot leave the party but to those of us that can longer withstand the heat that Oyetola is using against us, we have to move out. We know that by the grace of God Oyetola will lose, there is no amount of power, intimidation or threat that can save him.

“He has come he has divided the party, those that actually worked for him he marginalised them. He doesn’t know the value of his office that is why he cannot protect it.”

Also asked if Aregbesola was aware of his defection, he said, “Aregbesola is a member of APC, he cannot be in support of my move but for those of us that were marginalised because of our loyalty to Aregbesola and any political watcher will know that Oyetola will continue to malign Aregbesola. You cannot get any benefit from Oyetola no matter your contribution and we cannot do that so we move out.”

Key Takeaways from SpringOne Platform by Pivotal 2018 – Grape Up