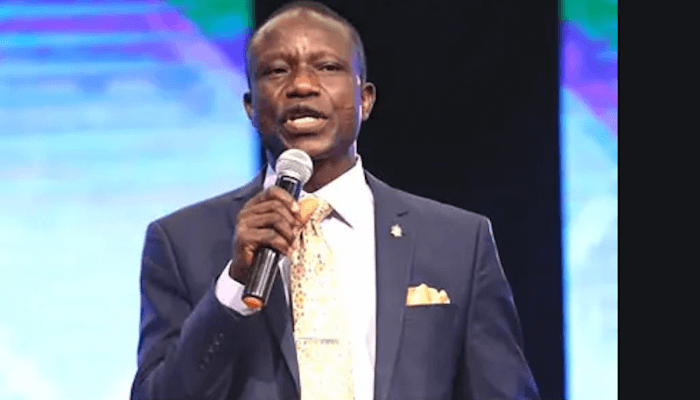 The Pentecostal Fellowship of Nigeria (PFN) on Thursday kicked against a Muslim-Muslim ticket in next year’s general election saying such action will further polarized the country along ethnic and religious lines.

Rising from its emergency meeting on Thursday in Lagos, the PFN said it will mobilised members of the Fellowship towards the 2023 general elections and is willing to back words with action with the declaration of Sunday June 26, as ‘PVC Day’.

“We are not talking about the Muslim-Muslim ticket on the basis that we are Christians, but on the basis of fairness, equity, and justice.

According to him, all Pentecostal Churches nationwide are mandated to ensure worshippers present their permanent voters’ card (PVC) before gaining entrance into the Church, just as the day will also be observed as Communion Sunday across all Pentecostal churches.

Oke states further that Nigeria is currently at a crossroad, as the 2023 general elections could either make or mar the country. According to him, next year’s elections carried the potential to unite Nigeria across ethnic and religious line and that it could also scatter the nation if things were not done properly.

According to him, the church would continue to contribute its quota to indivisible Nigeria, and that the Christian Association of Nigeria (CAN) had also kicked against such move that can further divide Nigerians along religious line.

He said that the church would move against Christian-Christian ticket and Muslim-Muslim ticket, saying that it would help to bring down tension in the midst of killings.

“The whole Church in Nigeria is speaking with one voice and if political parties dear us; they will meet us at the polls. The voters apathy that has been the issue will not count in this election.

“After PVC Sunday, we will deliberate and provide a clear direction for the church in collaboration with CAN so that we can deliver block votes to a candidate that will unite this nation, a party that will not encourage the killing of Deborah. We will give all party a fair chance. We are setting a high-powered member committee to meet with all parties how they will deal with insecurity and others,” Oke said.

According to the PFN president, the recent action is being driven by a desire to build a just nation that caters for her citizens no matter their religion or tribe. “We encourage all believers to register and get their PVCs and wait for the instruction from church founders how they will go about it,” he said.

On the June 18 gubernatorial election in Ekiti State, Oke urged politicians to play by the rules of the game, saying, “there is no office you aspire that is worth the life of an individual.”

According to the PFN, every Christian in Ekiti State must go out to vote, and also ensure their votes count. Just as it urged the Independent National Electoral Commission (INEC) to collaborate with the Church by utilising some of the Fellowship’s strategic churches as registration centres to ease the current challenges.

What Tinubu and Obi’s ‘dummy candidates‘ mean for 2023 elections

It is time for NNPC to rival its peers

How to be vulnerable to shame and live unapologetically