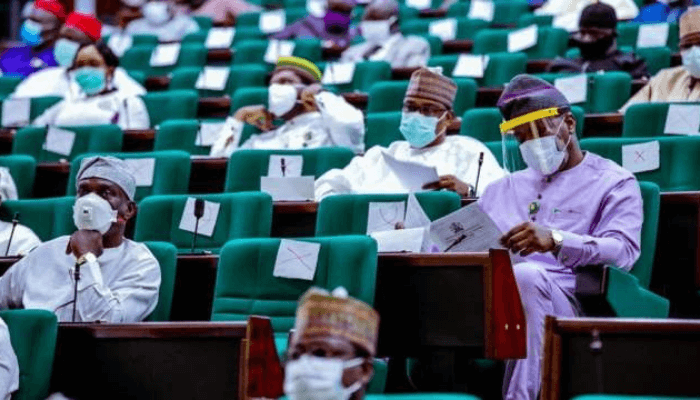 The House of Representatives has mandated its Committees on Petroleum Resources (Upstream) and Environment to investigate the actual cause of the oil leaks at OML 18, OML 29 and OML 63, and the status of idle, abandoned wells in Niger Delta with a view to adverting hostilities in the region.

The committees are also to determine the magnitude, scope, and effect of the leaks on affected hast communities, examine the scope and liability for required relief and compensation, inquire the nature and details of the JV agreement between Aiteo and NNPC to determine veracity of ownership of percentage stake and financial obligations, amongst others.

They are to further verify the numbers of idle and isolated wells currently existing on Aiteo, Eroton and other indigenous and international oil companies fields across Nigeria, ascertain the condition of those wells and the status of their management and abandonment in compliance with statutory provisions and international best practice.

These resolutions were sequel to the adoption of a motion of urgent national importance sponsored by Ibrahim Isiaka from Ogun state at plenary on Wednesday.

Moving the motion, Isiaka expressed concern over the confirmation by the National Oil Spill Detection Agency (NOSDRA) on Saturday June 25, 2022 of an ongoing oil leak for 1 week.

He said: “The oil leak is from Cawthorne Channel Well 15; an idle and isolated well on Oil Mining Lease (OML) 18. A large oil bloc located towards the south of Port Harcourt, Rivers State, operated by Eroton Exploration and Production Limited which has 45% stake in a Joint Venture (JV) agreement with the Nigerian National Petroleum Corporation (NNPC) Limited atter Shell Petroleum Development Company of Nigeria Limited (SPDC) divested her interest in the bloc, in 2015.”

According to the lawmaker, the Corporate Communications Lead of Eroton reported an oil leak which eventually resulted to a blowout of crude oil and gas into the environment on June 15, 2022.

He said: “Aiteo Group, operator of another JV with NNPC, also reported an oil leak from its idle and isolated Santa Barbara oil well head 1 on OML 29 in Nembe Local Government Area (LGA) of Bayelsa State on 5th November, 2021.

“The leak, which persisted for 32 days, was alleged to have spilled hundreds of thousands of barrels of crude in the Santa Barbara River and its tributaries, which traverse three kingdoms in Bayelsa State destroying sources of drinking water, fishing and farming ecosystem.

“Over six months later, the cause of the oil leak on OML 29 is still unknown. Like OML 29, the unending phenomenon surrounding the current spill on OML 18 has not been conducted about 2 weeks after the occurrence.

“Likewise, the NAOC oil spill at OML 63 in Lasukugbena, Bayelsa State, which lasted over one month, yet the root cause analyses has not been officially determined till date. Curious about the pastulation by industry professionals that in the light of current dwindling crude oil production output in Nigeria, up to 800,000 barrels of residual crude oil deposits can be obtained from idle and isolated wells across different oil fields in the country with huge economic benefit to the country, similar to several oil producing countries around the world who have consciously developed a strategy in this regard.”

Using motor-park logistics to solve some of Nigerian distribution challenges