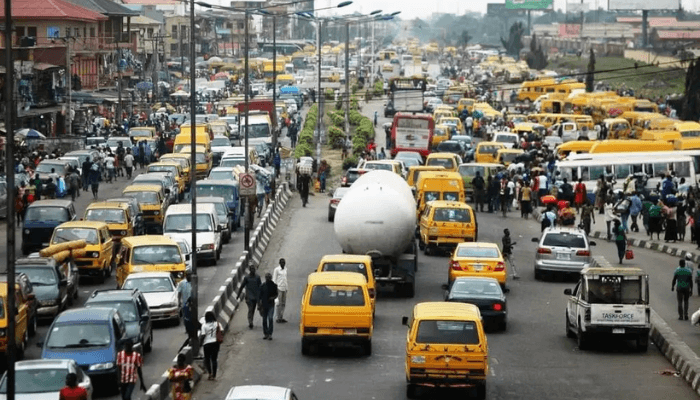 The unusual had become the usual, a new-normal, because we live under the vicious grip of UGM, who are now called Unknown-Guvment. Some years ago, MTN came with a positive EWYG (Everywhere you go). Now the UGM have become the negative EWYG and Anambra has inexplicably, become the epicentre!

On 20/5/22, my wife and I had to go for a World Wide Marriage Encounter engagement at Enugu and made the greatest mistake of our lives driving through Awka-Amansea Road. Any pregnant woman who wants to undertake an abortion or any car that wants to undergo a ‘torture-test’ should just pass through it! Indeed, there was a road.

Luckily, we arrived Enugu safely, moved into the expansive Holy Ghost Complex, (always undergoing continuous modernisation), had the good luck of an audience with the humble and smiling Bishop of Enugu, Most Rev. Calistus Onaga, and left for Lagos with ‘Dana night-bus’ around 7pm+ on Sunday, 22/5/22.

The hostess, with the traditional artificial smile, reminded us about the guidelines on in-flight smoking but when I asked her about the guideline on delayed flights, (2 hours delay, no announcement, no apologies) she pretended not to have heard me.

At the airport, I noticed that there was an exodus of sorts as everybody who could, was trying to escape from the South East. Sunday had become the busiest day at our airports and motor-parks. The plane was so filled up and it was almost like people desperately trying to exit from Afghanistan on the arrival of the Taliban!

In fact, I sat on the last seat on the last row (the kitchen line), just next to the toilet but contrary to my expectations, there was no advantage of being close to the ‘source of raw materials’(in-flight refreshments). From my enquiries, it was the same at Asaba, Owerri and Umuleri airports.

Sunday had become the busiest day at our airports and motor-parks. The plane was so filled up and it was almost like people desperately trying to exit from Afghanistan on the arrival of the Taliban!

Immediately I arrived at Lagos, that late, the atmosphere change; it was, maddened and charged, an indication that I was in a new, strange world. Why did I return to Lagos/Ogun axis? Because three months later, those who used to tell me ‘come home and rest’ were now asking: ‘what are you still doing at home’; I wanted to ensure that my house and office were still there and I have been missing in action from the usual church, community and social engagements in the axis.

Anyway, beyond the charged Lagos atmosphere, I soon noticed that I had come back to a new, strange world! I needed some cash to settle some accounts on Monday (23/5/22) and I was worried because I had been observing Monday SAH for the past three months. But lo and behold, everywhere was full of the usual bustle and hustle (now unusual in the East); there was free movement, people went about their businesses and the socio-economic life was in Full swing.

On a Monday? The Oando filling station boldly advertised its N165/litre price (I bought N300/litre in the East the previous Monday) and there was no queue. I walked into the bank and walked out; I didn’t have to sleep in the bank or seek special elders treatment from the staff. But I had cause to spark.

At the Wema Bank Isolo, all the nine staff on the banking hall were female. As there was no male NGO to lead a protest against gender bias, I started the protest there and then. That was when they showed me one lonely young man in an obscure corner of the office and the way he sat, you would know that he was an endangered specie! He was not even ready to join me in the protest against maginalisation, oppression and suppression by the womenfolk!

If it were 9/10 in favour of men, even the UNO would hear, the Minister of Women Affairs would call a press conference and Arise/Channel TVs would do special documentaries on the gender insensitivity of the bank! Even CNN would join the fray. However, because it was against men, Nothing happened!

There were other evidences that I was (and am) back to a new strange world. There was a horde of cattle belonging to an unknown rich man in our neighbourhood. I still saw them sauntering around majestically along our street. The mallams (from Niger or Chad or wherever) were everywhere selling their suya, vegetables, tea and water, polishing the shoes and doing their dua-dua (emergency untrained tailoring), business.

The Okada men, even when they have been banned, re-banned and counterbanned, were everywhere. The Unknown Knife men and Unknown Young Men among them who occupied every open space in Lagos were also around. Those involved in uka-mgbede (drink and pepper-soup spots) were Fully on ground and all the shops and kiosks were opened as long as they wanted.

At Ago roundabout, I saw a decently dressed, graceful and dignified traffic management woman. I don’t know if I had seen any in the past three months, (except uniformed touts enforcing rules that they did not understand). The spirit directed me to offer her a bottle of water, evidencing support. She did not reject my offer but she called one hawker by the roadside to collect the monetised water from me. I did not ask her why!

In the evening of 26/5/22, we had a full-scale wake in honour of Mrs Oge Azike (sadly, just 36). People were at the massive Enugu-Ukwu Hall town complex in their numbers and would have been there until… if not for the rain. This is not possible where I just returned from.

Indeed, I am back to a new, strange world; where the five-day work week is given; where any SAH (public holidays) is known in advance; where people move day and night freely, where businesses and socials go on and where those who want to showcase obscene opulence are free to do so. It is a world where I have lived for the past 28 years but I did not notice it until I spent the last three months in the land of UGM. Sad!

Meanwhile, there was joyful and tumultuous effusions from ‘Muo Family Union,’ Lagos Branch (5 of us are Lagos-based) to celebrate my return to Lagos. But they have not organised any corresponding item7-based owambe! They were among those asking ‘what are you still doing at home’? Also, my house is still there; my office at OOU and my house-of exile in Ijebu-Ode are still intact. That was one of the reasons why I returned.

I had also offered myself for hire and only one of my sisters who runs a primary-secondary school responded. She offered me the minimum wage and I asked her whether it was the Federal, Lagos, Anambra or UGM rate, the currency of transaction (now that naira is gyrating wickedly), whether it would be through IPPIS or UTAS, MUOTAS or cash and carry and we are still negotiating. This has become imperative because the government is not interesting in this ASUU roll-on matter. Please, don’t tell ASUU and my employers that I have offered myself for hire!

Why Tinubu is best candidate to salvage Nigeria- BATYON

Bitcoin crashes by 65%, lowest since December 2020