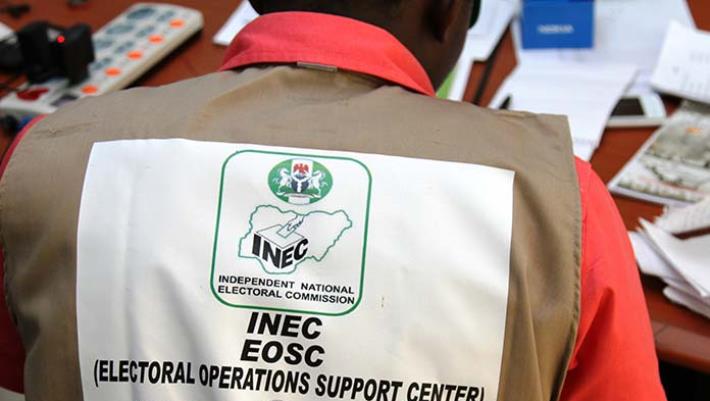 “Violence has never been an instrument used by us, as founding fathers of the Nigerian Republic, to solve political problems.”

“Nigerian politicians have over the years become more desperate and daring in taking and retaining power; more reckless and greedy in their use and abuse of power, and more intolerant of opposition, criticism and efforts at replacing them,” – (Electoral Reform Committee Report, 2008, Vol. 1: 19).

Free, fair, credible and peaceful elections that are of internationally accepted standards form the firm and solid foundation on which to build the house of democracy, anywhere in the world. But sad to say, that here in Nigeria these belong to the realm of one’s fecund imagination;the surreal sphere, or sheer idealism. With an aberrant political structure, largely predicated on money and materialism, the centripetal force and push for political power is more to serve thegreed and epicurean tastes of the average Nigerian politician than for the common good.

The political pendulum therefore, always swings towards the self rather than the state. And that explains one’s persisting worry about the search for good governance, anchored on sustainable economic progress in the national interest, which has remained an elusive rainbow, for decades, from one administration to another. Or how else can we explainthat each presidential aspirant had to pay the humungous sum of one hundred million Naira (N100m) for the form of intention for the presidential ticket on the platform of the ruling All Progressive Congress (APC)? That of the rival Peoples Democratic Party (PDP) went for forty million naira (N40m). You can imagine how many hungry Nigerians such huge sums could feed in this country, if only for a month!

Unfortunately, this development has been worsened by the recent act of political aspirants openly distributing pounds and dollars to party delegates.

So, what insulting message have these passed on to the average Nigerian citizen, who ranks as the world’s second-most impoverished person? What about those stewing in agony, worried over how to feed oneself and the famished family with the escalating food inflation? The answer is clearly obvious: Here in Nigeria, they (the political elite) do not care about us, as the latemusic megastar, Michael Jackson rightly rendered in his hit song of similar title. But there is more for us to worry about. That is where the Independent National Electoral Commission (INEC) comes in.

If politics, or power-poaching to the seasoned political actors is all about how rotten rich you are, how are we going to have free and fair elections? If winning is not about the candidate’speople-oriented vision, policies and programs, hismental or professional capability and capacity,to solve the myriad of social, economic and infrastructural challenges that still bedevil the country, in the 21st century, how can we have elections of international standard?

It all means that the game and gambits to appropriate political powercome 2023 is therefore, going to be dirty, messy and Machiavellian. The prowling predators will muzzle the helpless preys; driven of course, by the jungle matrix of might-is- right! The lions and tigers are ready to browbeat the zebras and the hares. Theshark, billfish and barracudas will freely feed on thebrine shrimp, the daphnia and bloodworms.Try and imagine that bloody scenario. Is yours truly turning into an alarmist, ringing the doom-day bell? Only time will tell.

It is based on the imperative of having elections that produce the people’s choice as the eventual winners that yours truly was the Guest Lecturer at the 2018 Independence Anniversary Lecture organized by Nigeria Peace Group (NPG) at Le Paris Hotel, Lekki, Lagos. The topic was: ‘Panacea for Peaceful Elections in Nigeria- Evaluating the roles of Politicians, Citizens, Security personnel, INEC and the Civil Society’. The conclusion arrived at then was that INEC will continue to need the full support of all the stakeholders to succeed at the subsequent elections. And it is going to be more so, this time around in 2023 because the challenges are enormous.

For instance, whether you consider it as base sentiment or not, some concerned Nigerians are already questioning the morality, equity and justice of having an Atiku Abubakar, the PDP presidential candidate -another Northerner taking over from the incumbent Muhammadu Buhari after his topsy-turvy eight years as the president? Or the possibility of an Asiwaju Bola Ahmed Tinubu, the APC presidential candidate clinching the post, he being a Yoruba after the eight years’ tenure of Yemi Osinbajo, his kinsman as the Vice President? They are asking about the position of the Ibo factor in the inequitable political equation of the Nigerian nation? Yet, there are other tension-soaking challenges for INEC.

With the insecurity monster still metamorphosing from Boko Haram terrorism, to banditry and killer herders and rampaging into churches to take innocent souls, just how secure will the country be, before, during and after the 2023 general elections?.

Besides all these, is the mass voter apathy of the Nigerian electorate, millions of who have willy-nilly acquiesced to the erroneous notion that electoral results are often decided long before their votes are cast. So, they would rather take the insulting packages of snacks, indomie noodles, Ankara clothes and the pittance of five thousand Naira (N5,000) from the conscienceless politicians than queuing for hours under the scorching sun, or whipping rain to sell their voting power and future to their oppressors.

Worried over this saddening political scenario informed my previous related opinion essays. These include: ‘2015 and Tongues of Fury’ (September, 2013),‘Issue-based Campaigns, Please!’ (December, 2014) and ‘Ballot and Blood? Never Again!’ (January, 2015). Others were:‘That INEC May Succeed’(January, 2015), ‘For INEC to Succeed in Bayelsa and Kogi States’( November, 2019) and ‘ Lessons from Anambra Governorship Election’ (November, 2021).

All these are meant to bolster INEC’s statutory functions as well spelt out in Section15, Part 1of the Third Schedule of the 1999 Constitution (as Amended). So it is in Section 2 of the Electoral Act 2010.The subsisting laws empower INEC to conduct elections into elective political offices in the country.

The way forward therefore, is for INEC to be firm on the issue of campaigns. The way and manner some politicians go about their smear campaigns couched with outright insults and innuendoes despite the several peace pacts signed gives cause for concern. By leaving much of the substance of good governance to the base sentiments of religion and ethnicity it is obvious we may still be far from the Promised Land. Stiffer penalties must be meted out to all those involved in one electoral malfeasance or another. That will serve as strong deterrence to other miscreants.

Furthermore, INEC should frontally tackle the often delayed updating of the voter register and the distribution of the much-needed permanent voter cards/PVCs. It should build on the achievements so far made. These include the computerization of the electoral system, the coding of ballot papers, ballot boxes and polling units.

But the real concern is the refusal or not of President Muhammadu Buhari to sign the Electoral Act Amendment Bill into law. Without it, the wishes of the voters may not be fully expressed.

What Tinubu and Obi’s ‘dummy candidates‘ mean for 2023 elections

Five things to know to start your Monday