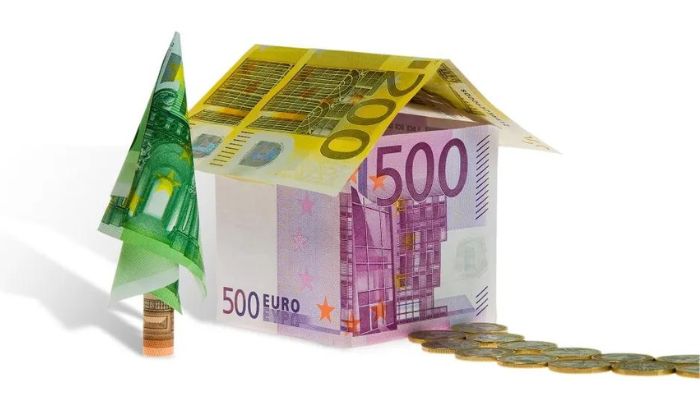 Over the years, real estate, more than any other investment asset class, has been regarded as a conduit pipe for money laundering and experts have, at various times, given reasons for that.

The experts say that the easiest way by which illicit funds get into the financial system is through real estate and that is because real estate doesn’t have a name that shows on it unless someone puts it.

Investors in real estate with laundered money, which is also called unexplained wealth, find it easy to use pseudo names just as they can use companies that are incorporated for that purpose.

‘’One of the easiest ways by which illicit funds get into the system is through real estate. A lot of people who commit crime whether it is banditry, kidnapping, drugs, etc, usually do not have an idea of how to spend their ‘income’ on legal activities. So, the easiest way is buying real estate,’’ Kayode Adeluola, a Senior Advocate of Nigeria (SAN), noted.

People with explained wealth are also found among public servants such as the (suspended) Accountant General of the Federation (AGF) who is alleged to have acquired several properties in many parts of the country.

Money laundering through real estate is most common among people popularly called politically exposed persons (PEPs) which is why Bismarck Rewane, CEO, Financial Derivatives Company, noted in his June Breakfast Session at Lagos Business School that there is increased spending in real estate in the run-up to the 2023 general elections.

The Nigerian PEPs are also known to have invested much of their unexplained wealth in real estate in foreign markets chiefly Dubai and the UK.

A report on Dubai property market, a couple of years ago, revealed that over 800 luxury properties in choice locations in Dubai valued at N146 billion were linked to Nigeria’s political elite.

The report, compiled by Matthew T. Page of the Carnegie Endowment for International Peace (Publication Department), noted that the illicit financial outflows from Nigeria into the Dubai property market had been going on since the 2008 global property boom and not a few of Nigerian PEPS were involved in these inglorious investments.

Legislators have 45 properties linked to them; Department/Agency head, 25; minister, 24; Nigerian National Petroleum Corporation official, 19; Presidency staff member has 13 while a judge has just 1.

The report gave reasons these outflows were possible. ‘’Besides the (1992) land administration reform in Dubai which allowed foreigners free-hold in property ownership, the Nigerian elite face few obstacles transferring large sums of money to Dubai,’’ it said.

Continuing, it said, “banks or other money transfer agents in both Nigeria and the UAE do not appear to be reporting large or otherwise suspicious transactions by PEPs to national authorities,” adding that for Nigeria’s PEPs and their associates, Dubai is a welcoming destination for any unexplained wealth.

Ebun-Oluwa Sadiq, a Dubai-based Nigerian realtor, confirmed to BusinessDay that these illicit transfer of money to Dubai for the purpose of investing in property was real. He explained that Nigerians were known for buying choice properties in very expensive locations in Dubai.

According to him, a good number of properties in Palm Jumeirah Island, Dubai Marina, Jumeirah Golf Estate, which are the equivalents of Banana Island in Lagos and Asokoro in Abuja, are owned by Nigerians politicians. “These are very expensive locations that somebody on salary income cannot dream of,” Sadiq affirmed.

Read also: Your personal branding is a selling point as a real estate professional

Dubai, ordinarily is one of the most spectacular destinations in the world and this is reflected in its iconic architecture, magnificent skylines, exclusive shopping and beautiful coastline. This explains why, the report says, “Dubai property ownership is an indicator, not a definitive proof though, that a particular politically exposed Nigerian possesses unexplained wealth.”

Back home, the volume of laundered money going into politics have made even the practitioners suspect, which was why Adeluola advised that ‘’practitioners of real estate must always ensure that they don’t allow themselves to be used for that purpose.’’

‘’They must know the customers they are dealing with and try as much as possible to know their source of income, because the money laundering law expects that you avoid retaining, acquiring using or checking out funds from illegal transactions,’’ he added

The Senior Advocate advised further that real estate practitioners should do their own due diligence and where they have done their duties and still not sure, they should inform the law, and keep documents of at least five years transactions.

‘’I also advice that they should have an agency form that their clients should sign which states that the law mandates them to report transactions of a certain nature to agencies so that those clients who are not coming forth with clean funds will either beat to the streets or comply with the law,’’ he said.

How AI is Transforming Automotive and Car Insurance – Grape Up